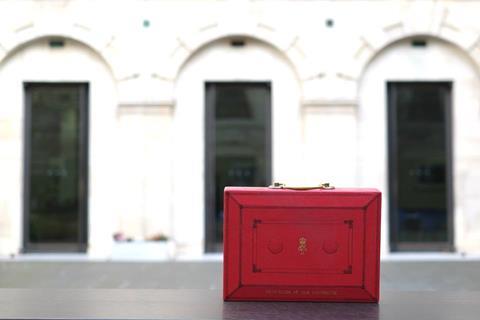 The papers are predictably focused on yesterday’s Budget.

Rishi Sunak has delivered a spend now, tax later Budget to kickstart the UK’s economic recovery from coronavirus with a boost to business investment followed by the largest tax rises on companies and households for a generation (The Financial Times £).

Rishi Sunak will raise taxes to the highest level since the 1960s as he attempts to repair Britain’s finances after spending an “unimaginable” £352bn in response to the pandemic (The Times £).

The Chancellor committed an extra £35bn to companies and keeping people employed until the UK economy recovers, with an extension to his flagship Covid-19 furlough scheme and cuts to VAT and business rates (The Financial Times £).

Pubs, restaurants and retailers have been given further support with the extension of VAT cuts and business rates relief, although critics have argued that the rates holiday is an attempt by the government to delay reform of the outmoded rates system (The Times £).

Tax on alcoholic drinks will be frozen for only the third time in 20 years as part of a series of measures announced in the Budget to support the hospitality industry after months of enforced closures (The Financial Times £).

Beer bosses branded measures to prop up the ailing hospitality industry “disappointing”, saying drinks-focused pubs and breweries have been left out and pressing concerns such as mounting rent bills have not been addressed (The Guardian).

Corporation tax will jump from 19% to 25% in the first rise in almost half a century as the government attempts to plug the hole in the public finances created by the pandemic (The Telegraph).

The business rates holiday aimed at high street businesses forced to close during the pandemic has been extended for another three months, with big supermarkets heading off any criticism by promising to shun the new £3bn tax break (The Guardian).

The Financial Times (£) writes that the Treasury is “shopping for ways to ease retailers’ £25bn business rates burden”.

Amazon has opened a convenience store in west London, its first physical outlet outside of North America, as it looks to test appetite for automated store formats and their associated technology in Europe (The Financial Times £).

The 2,500 sq ft Amazon Fresh shop in Ealing, west London, will sell hundreds of own-label “By Amazon” products such as milk, butter, eggs alongside established brands (The Telegraph).

Amazon looks set to emerge as a key beneficiary of Britain’s new tax “super-deduction” thanks to a major ramping up of its UK warehouse footprint, even as the Government wrangles with how to get Big Tech to pay more tax (The Telegraph).

Another 1,150 jobs are at risk at Sainsbury’s as the supermarket group makes head office cuts and shuts its online grocery warehouse to save money and invest in improving its food ranges (The Times £).

The UK’s second largest supermarket will also close offices in Coventry and Victoria in London and move out of two of the five remaining floors it occupies at its London head office in Holborn, another two floors at its Avebury office in Milton Keynes and one in Manchester as many staff permanently switch to working part-time from home (The Guardian).

Morrisons is expected to drop out of the FTSE 100 for the first time in five years as analysts predict the groceries spending spree during the pandemic will wane (The Guardian).

The world’s biggest brewer will today announce a £115m investment in its two main UK breweries in south Wales and Lancashire as it plans for a post-coronavirus recovery (The Times £).

Jorge Paulo Lemann, the founding partner of 3G Capital, will step down from the board of Kraft Heinz as part of the 81-year-old billionaire’s plan to reduce his travel commitments, the company says (The Financial Times £).

The Tempus shares column in The Times (£) focuses on Unilever and its mantra of underlying sales growth.

The e-commerce boom delivering online shopping in cardboard boxes to people’s front doors has continued from the Christmas bonanza through to the lockdowns of the new year, Britain’s leading packing company DS Smith has said (The Times £).

Boris Johnson’s new Brexit minister yesterday provoked a new confrontation with the European Union after he set out plans to unilaterally delay implementing parts of the Northern Ireland protocol (The Times £). 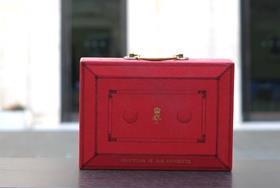