Food and drink companies given new target on carbon emissions

Blakemore Retail extends Too Good To Go partnership to 275 stores 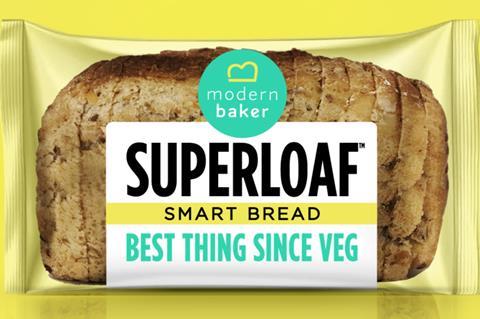 Oxford supplier Modern Baker has unveiled what is claims is the world’s first ‘smart loaf’ – a hi-tech bread that supports normal immune function while providing fewer calories than traditional bread.

The result of five years’ R&D, the seeded Superloaf contained “a unique blend of fibres” and “plant chemicals” said Modern Baker co-founder Leo Campbell. It was “designed to optimise your gut health”, which in turn supported immunity.

The new bread has an artisanal look but is designed to be an everyday option. Modern Baker had “worked out processes so that we can have the best of everything” Campbell said. Plus, it was “delicious” he added. “If it wasn’t, we’d be dead in the water.”

Superloaf is wrapped in a recyclable plastic bag, which will be swapped for fully compostable packaging within the next three months. It bears the strapline ‘The best thing since veg’.

“We’re not claiming Superloaf is as healthy as a vegetable,” Campbell said. “But we’ll get there. Superloaf is already fantastic, and it’ll get better and better. There’ll be constant upgrades.”

The bread cost “many millions of pounds” to create, with funding from five Innovate UK grants and private investors. It was developed in partnership with several scientific organisations, including Newcastle University’s Biosciences Institute, food technology giant Camden BRI and the Oxford Brookes Centre for Nutrition & Health. “No one single company can do this on its own,” said Campbell. “You need an ecosystem of partners.”

Superloaf would deliver “value and volume in a tired sector” he claimed. It would also create a new category that Modern Baker called active health bakery. “Retailers like the idea, but it will have to be policed hard, in the way the free-from sector is.”

The new loaf will be available from early March exclusively via Amazon Fresh. The online retailer’s “key to success is backing small, innovative brands” according to Campbell. “We’re absolutely delighted to partner with them, because they ‘get’ us – and they can move fast.”

Superloaf would be followed a raft of other ‘smart’ bakery products meant as healthier alternatives to traditional baked goods, he said. “Our aim is to normalise alt-bakery in the same way that Oatly, Impossible and Beyond are doing with alt-dairy and alt-meat.” 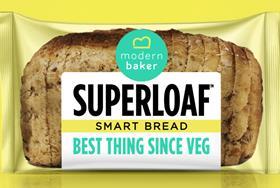