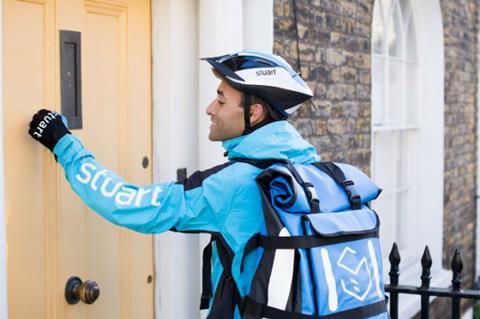 More than a hundred Stuart riders have joined a claim against the courier company in the wake of last month’s Supreme Court ruling, in which Uber drivers won the right to be classed as workers.

Courier members of the Independent Workers’ Union of Great Britain have joined the claim, being brought by law firm Leigh Day, taking the total to 154 riders.

Stuart says its riders – who deliver groceries for Co-op, Waitrose, Ocado Zoom and Sainsbury’s, and online orders for Nespresso – are ‘independent riders’. It does not grant them workers’ rights such as holiday pay and the national minimum wage.

The claim will argue because of the way the company operates, couriers should be classed as workers.

Leigh Day said it believed thousands of couriers could be eligible to claim back pay for unpaid holiday and any shortfall between money earned and the national minimum wage.

“Gig economy workers have helped to keep our economy going during the pandemic, yet companies like Stuart continue to deny their couriers basic rights,” said Gabriel Morrison, a solicitor in the employment team at Leigh Day.

“It is time for Stuart to recognise that the way they treat couriers is unjust and put their mistakes right,” he said.

An Employment Tribunal in 2018 found in favour of a Stuart courier who claimed he should be classed as a worker. This decision was upheld by the Employment Appeal Tribunal in December 2019. Stuart has appealed the ruling and the case will now be heard by the Court of Appeal.

If the claim continues to be successful, Leigh Day said it believed that the ruling should apply to all Stuart couriers who brought legal claims. The law firm is representing the riders on a ‘no win no fee’ basis.

In the Uber judgement last month, Lord Leggatt said courts should scrutinise working arrangements to ensure that individuals were not denied rights just because they are called ‘partners’ or ‘contractors’.

Legal experts have said the bar for worker status decisions is now what happens in practice rather than what’s written in a contract.

“I have worked for Stuart delivery throughout the pandemic,” said Stuart courier and claimant Anthony Doherty. “While most of the country was staying home and staying safe, I was outdoors putting myself at risk to provide a vital service for the public. I put my health on the line, and I did so while being denied minimum wage and holiday pay.

Stuart had not responded to requests for comment at the time of publication. 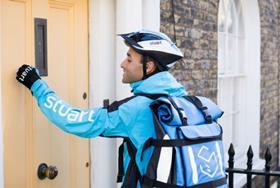