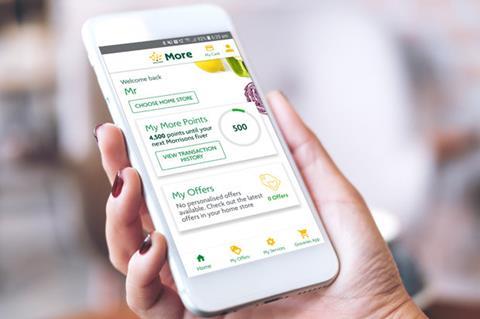 Morrisons is to phase out its plastic loyalty card as it moves towards an “instant discount” and “money off” model using its mobile phone app.

The move comes as Morrisons responds to a major shift towards online shopping, which it says has hugely accelerated the move towards digital devices.

Morrisons said it was moving both from a plastic to a digital format and from a “points to pounds” system from which customers could see more immediate rewards for their loyalty.

The retailer also said it was responding to environmental concerns about the use of plastic, although it has refused to put a date on when the millions of existing cards in circulation will no longer be accepted.

It will stop producing any new plastic cards from 10 May, with the discounts applied using mobile phone apps instead.

The new model will provide personalised offers and instantly redeemable in-app promotions that can be accessed in store or online.

Customers will have until 9 August to convert their existing points to Morrisons Fivers vouchers under the old scheme, which will be valid for 56 weeks from the date they are issued.

Morrisons said customers wanted rewards to be “immediate”, including discounts and money off their next shops.

“We’ve seen some important changes in the way people shop, especially with the Covid situation, which has meant many more are using digital, “ Waseem Haq, Morrisons head of digital, told The Grocer.

“Also, for some customers a points-based system can be a bit confusing and for some points can seem to take a long time to build up. We want to move from points to pounds and make the whole thing far more digital.”

Haq said the system would still be simple, particularly for elderly customers to use, with the rewards also able to be managed on the Morrisons website as well as the app.

“Our hope is that we will go completely digital although we haven’t yet put a date on when we will stop accepting plastic,” he said. “This will allow us to be much more targeted and personalised with our offers and it also is what people want us to be doing for the environment

“Many people, like myself, don’t want to carry a card.”

Like its predecessor it has been based around the principal of shoppers receiving five Morrisons More points for every pound spent in store and receiving a voucher worth £5 when they hit 5,000 points, although the card has since been updated to allow the points to be automatically added to card balances. 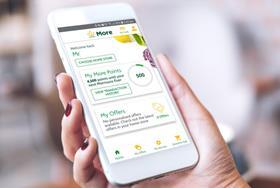