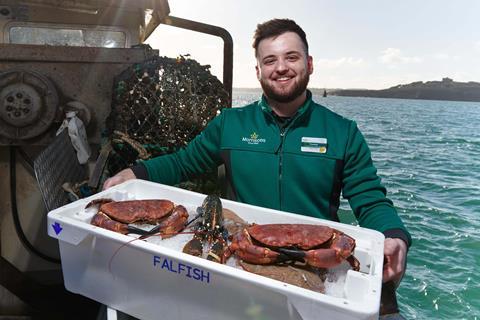 The deal for Falfish – the value of which was undisclosed – will mean more than 80% of the retailer’s fish and shellfish supplies will now be sourced directly from wholly owned Morrisons operations, the supermarket’s manufacturing director Andrew Thornber said.

Falfish also owns a 30ft trawler, named the Jacqui A, which meant Morrisons was understood to be the first ever British supermarket to own a fishing boat, the retailer added.

Operating from two sites in Redruth and Falmouth docks on the south Cornish coast, Falfish has supplied sustainably sourced fresh fish and shellfish to Morrisons for more than 16 years. About 50% of its circa £40m turnover was via the supermarket giant.

Owned by founder Ian Greet and his son Mark, who is MD, the business has long-term relationships with the owners and skippers of more than 70 partner boats in the south west, who land their total catch direct to Falfish.

The company, which also buys direct from fish markets in Newlyn, Plymouth and Brixham, processes a range of 56 wild and farmed frozen and fresh seafood lines.

As part of the acquisition, Mark Greet and the circa 140 staff Falfish employs will join Morrisons.

For customers, the acquisition meant “further improvements to the range, quality and availability of fresh fish and shellfish at our Market Street counters, and another significant investment in fresh food and food-making when others are retreating from counters”, Morrisons said.

“Falfish is a great fit with Morrisons: not only is it a great British company supplying high-quality fish and shellfish, but it also share our passion for sustainability and for local sourcing,” added Thornber.

“Bringing Falfish into Morrisons further strengthens our position as Britain’s biggest food-maker. Our manufacturing operations employ about 9,000 people at 19 sites throughout Britain, providing 25% of everything that Morrisons sells.”

The deal “ensures the continuing ethos of Falfish in upholding our relationships and values, and strengthens this for our colleagues, for the south west fishing fleet, and for all of our customers and stakeholders”, said Mark Greet.

Morrisons added that Falfish had been a founding member of a multitude of programmes over the previous 15 years that had been “at the forefront of delivering sustainable fishing practices and healthy stocks for future generations”.

The business is currently funding and supporting the five-year Fisheries Improvement Programmes in the south west on monkfish, scallops, crab and lobster. It has also worked on fishing gear trials aimed at reducing discards, alternative market projects for under-utilised British species and fishing gear recycling. 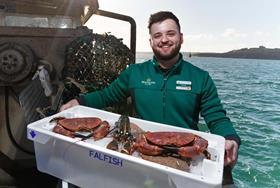