Ocado goes from green to ‘grape’ in major brand overhaul 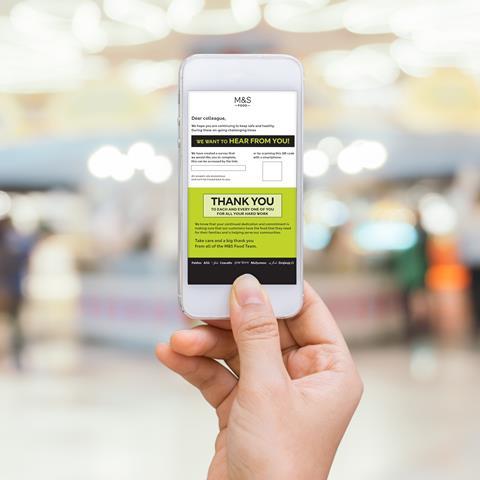 Poor worker representation, inadequate sick pay, in-work poverty, long-term damage to health and discrimination are among the most common concerns of workers who are part of M&S’s supply chain, according to a new report.

The study, published today, commissioned by the retailer and conducted by Oxfam, is made up of independent research into human rights and working conditions at footwear factories and food manufacturing sites. Some of these are solely dedicated to M&S, while at others M&S is a minor customer.

The report was initiated by M&S to help it identify insights and lessons on these issues in its food and footwear supply chains in the UK and India. Some 390 workers, 17 M&S managers (in the UK and India), 49 supplier managers and 46 external experts in workers’ rights were interviewed.

Oxfam said that while the research identified “some examples of good practice”, workers who shared their main concerns with researchers had not shared them with management or through audits owing to apprehension about the potential repercussions for them of doing so. This came alongside a lack of confidence that positive change would happen as a consequence of highlighting their concerns.

The report also unveiled a disconnect between the information M&S’s managers received about conditions in workplaces, based largely on third party ethical audits, and what workers reported as their experience. The charity therefore called on retailers, including M&S, to move away from their reliance on these audits, and explore alternative methods of assuring standards such as improved worker representation and reporting channels.

M&S said it had therefore “taken the first steps” to supplement its traditional social audit process by “committing to scale our worker voice programme out to food suppliers”.

Carmel McQuaid, head of sustainable business at M&S, told The Grocer it would roll out a digital, anonymous workers’ voice programme with employee engagement tool provider Ngaje to more than 500 UK sites by next year, following a pilot at 48 sites since October 2019.

Almost all (97%) of workers who took part in the trial found the app easy to use and it allowed the retailer to “hear directly from workers to inform conversations with management,” she added. “Many of the themes in the survey are ongoing and ones all retailers have been grappling with for some time.”

McQuaid warned, however, that setting standards in its own supply chains, however rigorous, could only set a baseline. “To be serious about ensuring everyone who works with M&S is treated with decency and respect, we must hold a mirror up to make sure the reflection is true,” she said. “And for this reason, we asked Oxfam to conduct a ‘gap analysis’ of our supply chain.

“The findings of the independent report have made clear that whilst audits remain a key tool for businesses, nothing beats hearing directly from workers. As part of our response, we have already taken action to scale our worker voice programmes and we commit to share our learning about what works and to help drive meaningful industry-wide change.”

Rachel Wilshaw, workers’ rights senior manager for Oxfam, added: “This joint project gave Oxfam a rare opportunity to hear directly from workers in M&S’s supply chain. What they told us makes for uncomfortable reading. Workers described many problems that don’t normally come to light because of a lack of trust in reporting channels.

“For M&S to open up its supply chain to Oxfam’s scrutiny shows it is willing to engage on difficult issues and open to improve. We need more companies to do the same. A global cross-industry effort is needed with stronger government regulation and better worker representation. M&S can play an important role in bringing about effective change across the sector.”

The report also follows M&S being among the first UK retailers to sign a call to action urging fellow brands to address human rights abuses in China’s Xinjiang region. 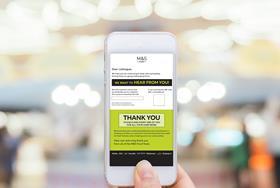