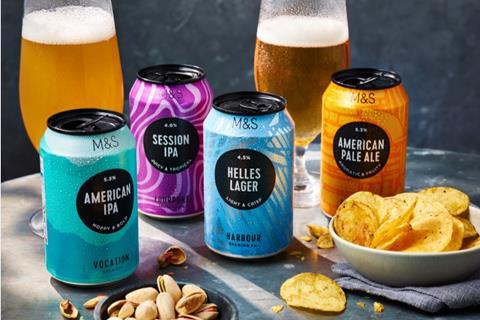 Marks & Spencer is relaunching its own label craft beer range in collaboration with Real Drinks.

Harbour Brewing Co’s Helles Lager (4.2%), meanwhile, was a  “light and crisp” brew with a “full flavour”.

Vocation Brewery has contributed its “aromatic and fruity” American Pale Ale (5.3% abv) and American IPA (5.5% abv) to the range.

The new range would “better reflect the market and customer preference in style, abv value and design”, said Real Drinks.

Real Drinks technical director Jenna Dunseath said the drinks supplier was “instrumental” in facilitating the collaboration between M&S and the breweries.

“Creating and bringing exciting new drinks to the market is what we love to do,” Dunseath added, calling the beers in the range “market leading” in terms of their production process.

However, that wasn’t enough to mitigate the damage Covid inflicted on pub beer sales, which plunged 56% and cost publicans £7.8bn, according to the BBPA. 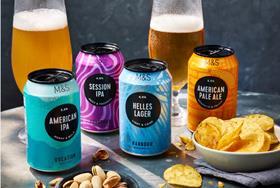