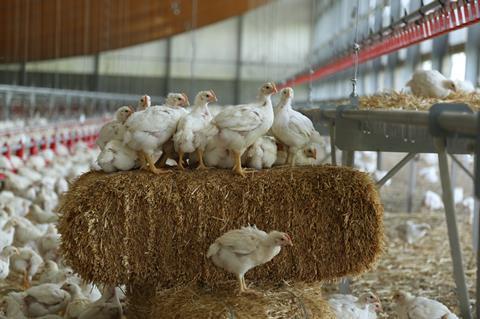 M&S has claimed a first for a major UK retailer after announcing it will move all its chicken lines over to slower-growing breeds over the next 12 months.

The retailer has said that by the autumn of 2022, all the chicken it sells will be sourced from British, RSPCA Assured farms that employ dietary practices that ensure their birds grow at a slower rate than standard broilers.

This change – which M&S has already carried out with its Oakham Gold range derived from premium Hubbard broilers – would be achieved by feeding broilers a multigrain diet that promotes “natural growth and muscle development,” M&S said.

It puts into action one of the key facets of the Better Chicken Commitment – a pledge M&S signed up to in 2017.

BCC signatories are required to raise their baseline standards of welfare by meeting six requirements for 100% of their broiler chickens by 2026.

As well as using slower-growing breeds so that chickens’ bodies do not place undue pressure on their legs, they must also conform to certain standards of lighting, stocking density and enrichment for broilers in their supply chains.

“M&S has a long history of leading on animal welfare standards,” said M&S Food MD Stuart Machin. “We were the first retailer to sign up to the Better Chicken Commitment, the first major retailer to move to 100% free-range eggs and all our pork is 100% outdoor bred.

“We constantly want to raise the bar – that is why we are making this industry-leading commitment. It will lead to a step-change in UK farming standards and show customers that our determination to maintain the highest welfare standards means they will always get exceptional quality and trusted value at M&S.”

The company said the decision to switch to 100% slower-reared fresh chicken across its full range would be a “significant investment”. The new commitment will also be featured in the M&S Fresh Market Update TV campaign, which promotes its ‘Select’ farming partners, from 21 July.

Is the UK really a world leader on animal welfare?

The move has been praised by leading animal welfare groups the RSPCA and Compassion in World Farming – both of whom were involved in drawing up the Better Chicken Commitment.

The charity said there was growing public demand for a more widescale improvement of chicken welfare practices across the mults. Its own survey of 2,129 UK adults, carried out by pollsters Savanta ComRes in March 2021, found 69% believed supermarkets needed to do more on broiler welfare.

Thus far, Waitrose is the only other major UK retailer to have signed up to the BCC. Others, such as Tesco and Morrisons, have opted to release specific BCC-compliant ranges. 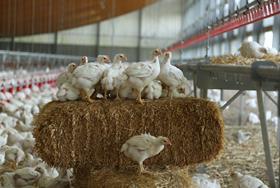