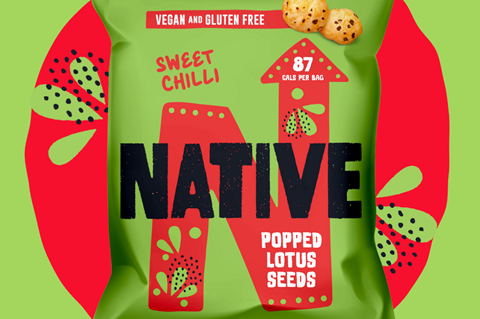 Native Snacks has rebranded and scored a swathe of new listings.

The popped lotus seeds startup has rolled out a new look across its range ahead of launching into Sainsbury’s and Holland & Barrett over the coming weeks.

The new look “creates a consistent brand across all consumer touchpoints in an increasingly competitive market”, said Native Snacks, thanks to its brighter colours and “bolder” design.

Its Sea Salt & Vinegar and Sweet Chilli Popped Lotus Seeds SKUs roll into Sainsbury’s next week. Those two flavours, along with its its Sea Salt & Pepper line, will launch into Holland & Barrett imminently.

The new listings, along with a launch into Ocado this past December, accounted for a 1,500% increase in distribution, said the brand.

Native Snacks has also hired a new commerical director on a “consultancy basis”.

“Our retail partnerships with Sainsbury’s, Ocado and Holland & Barrett, will enable more shoppers than ever before to access our innovative products, whilst our repositioning creates a consistent brand across all consumer touchpoints in an increasingly competitive market.”

It comes a year after Native Snacks inked a major deal with Burts Snacks to manufacture its products – allowing it to significantly boost production to meet the new listings, said Bowker. 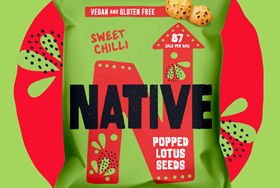