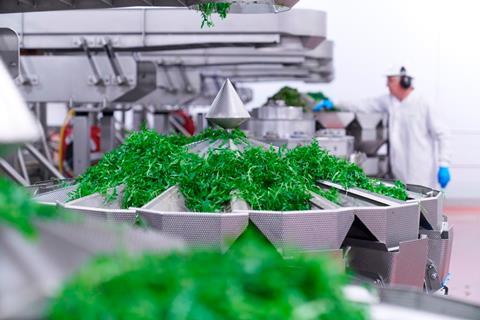 Salad supplier to the mults Natures Way Foods has unveiled a multimillion-pound extension to its West Sussex HQ as it seeks to grow its share of the salads market.

Constructed during the Covid-19 pandemic and set to come online by next week, the extension will grow the Selsey site by more than a quarter to 12,400 sq m – a move it claimed would make it the largest bagged salad facility in the UK.

Set to include a bespoke watercress line as well as “industry-leading” machinery for washing, preparing and bagging babyleaf products, according to Natures Way, the extension has led to the creation of 100 jobs.

The investment has also included a revamp of the company’s IT infrastructure with fibreoptic cabling, as well as the installation of battery-powered roof-mounted air conditioning units across the site.

“It’s been remarkable to deliver such a large-scale, complex project in the middle of a pandemic,” said engineering projects manager Nathan Bennett.

“Seeing the design and innovation come to life and working with the best teams in the industry will enable NWF to achieve its growth plans.”

It comes as Natures Way reported it had seen a rise in demand for babyleaf products, spinach and watercress.

Last summer, Natures Way introduced a trio of fresh salad kits into Tesco in a bid to shake up what it described at the time as the “boring” bagged salad category. 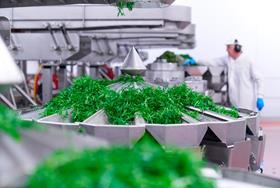