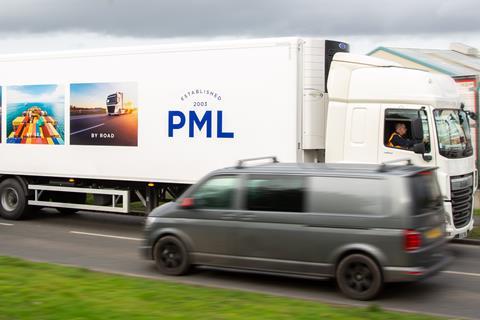 Fresh produce logistics company PML has criticised a decision by the Mayor of London Sadiq Khan to introduce tougher vehicle emissions standards to the capital, claiming the measure is “crippling” its business.

In an open letter, the company’s MD Mike Parr said that the new Low Emission Zone (LEZ) standards – which came into force on 1 March – had seen European hauliers halt deliveries to PML’s Heathrow HQ due to the cost of penalties for non-compliant vehicles.

Parr warned the business – which packs and loads perishables for distribution to the mults – could be forced to consider relocating its HQ, putting jobs under threat.

The new rules were first announced in June 2018 and were originally meant to be implemented in October 2020 before being pushed back due to Covid-19. They require lorries or vans weighing more than 3.5 tonnes to meet Euro VI emissions standards within the Greater London area. Previously, meeting Euro IV regulations had been sufficient to avoid paying a charge.

Now, HGVs that do not meet Euro VI standards face a daily charge of up to £300, depending on which previous iteration of the rules they meet.

“While our own fleet of trucks is Euro VI compliant, many of the European hauliers that we work with to deliver food are not and are now refusing to come to Heathrow because of the unacceptably high charges,” said Parr in the letter.

“At a time when you are trying to assert Heathrow as an equal to Paris and Amsterdam in terms of airfreight, the introduction of this tax has effectively made this mission impossible. And with it you have also made our plans to extend our operations in Heathrow untenable. So much for supporting Britain’s essential workforce.”

The letter suggested relocating PML would not only force it to spend “thousands” hiring new staff but would “ironically add to fuel emissions by generating more traffic on the roads as staff are forced to make longer journeys to work”.

In response to the letter, a spokesperson for the Mayor of London said Transport for London had worked closely with the freight industry to prepare it for the rollout of the tougher standards.

“Toxic air pollution causes long-lasting harm and is a national public health crisis,” they said. “In London it contributes to thousands of premature deaths every year.

“Only heavy vehicles that do not meet the emissions standards will need to pay the daily charge to drive in the area. Sadiq Khan is proud to be a pro-business mayor, and research from the CBI has shown that cleaner air could boost the UK economy by £1.6bn per year, including almost £500m per year for the local London economy.”

PML said it currently employed around 100 people at its 64,000 sq ft temperature-controlled bonded warehouse base close to the airport.

It has recently spent £500k on a new fleet of state-of-the-art trucks and “invested heavily” in a border control post and warehouse facility away from the ports at Spalding, Lincolnshire to ensure the “speedy movement of produce” into the UK once full post-Brexit import rules come into force, it said.

Last year, the company also announced it had moved to set up its own air charter service after importers reliant on using aircraft to import food were hit by the grounding of most passenger services and a hike in transport costs of up to 50% due to the pandemic. 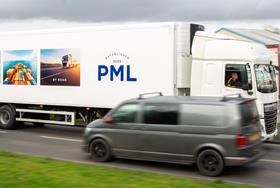