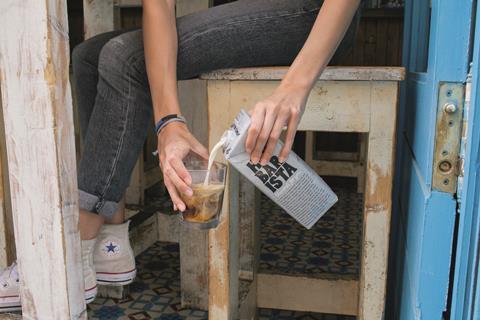 Plant-based brand Oatly has emphasised the importance of the UK market to its future growth as launched its $10bn New York IPO yesterday.

The Swedish company priced more than 84 million shares at $17 each – raising more than $1.4bn to put towards expanding production and continuing rapid growth.

CEO Toni Petersson placed the UK firmly at the centre of the group’s plans. “The UK is the centre of gravity for the European market,” he said on a media call on Thursday. “It is the single biggest market in Europe for us and growing really, really strongly.”

In March, Oatly unveiled plans to build its first UK factory, with the site in Peterborough set to produce at least 300 litres of oat milk a year once operational in 2023.

Sales of Oatly are soaring in the UK, with retail value almost doubling to £84m during lockdown thanks to increased shopper demand and also a raft of NPD, such as its Oatgurt range [Nielsen 52 w/e 2 January 2021].

However, the business is still lossmaking, recording a net loss of $60m, compared with $36m in 2019.

Petersson added there was “room for more growth” in the US as it boosted distribution in retailers and “huge potential” in China.

Alongside retail, Oatly has focused on coffee shops, with a barista edition of its oat drink and a partnership with Starbucks in the US and China. Petersson said the foodservice side of the business would continue to be “instrumental”.

Oatly’s successful IPO came in the middle of turbulent conditions on US stock markets, with at least three planned flotations pulled in the past week because of fears around volatility caused by inflation.

Last year, Oatly, which is known for its central message on sustainability, raised $200m in an investment round led by PE firm Blackstone, which valued it at $2bn.

Plant-based dairy industry retail sales were estimated at around $18bn in 2020, according to market research firm Euromonitor. 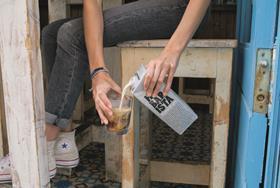