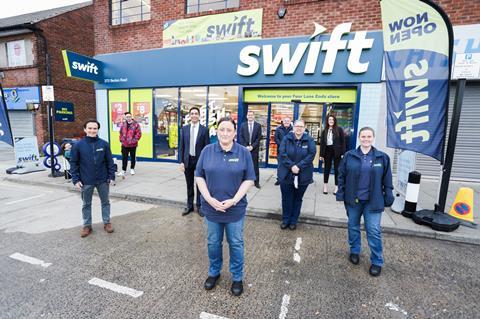 Iceland has over 200 stores that are ideally suited to conversion to its new convenience format Swift, according to analysis for The Grocer.

As the first Swift branch opened last week, in a 1,700 sq ft former Iceland in a busy part of Newcastle, the supermarket’s MD Richard Walker indicated more of its existing stores could be converted. “If this trial resonates with consumers, there is potential to expand it both within the existing Iceland store estate and beyond,” he said.

Shopper and location data specialist CACI has analysed Iceland’s estate and found 235 stores closely matching the site for factors including its small footprint and high levels of passing footfall and nearby population density. Analysts also narrowed the 235 down to the top three Iceland stores most prime for the convenience format.

CACI used mobile phone data to analyse the types of shoppers passing the first Swift store, near Longbenton Metro station, and how far they had travelled. The location scored highly for “families on a budget” and “price-led convenience” shoppers, according to CACI senior consultant Charlotte King. Nineteen per cent came from within 1km of the store and 60% from within 10km.

“The new Swift store is located within a busy local parade with a surrounding retail offering driving footfall to the location,” King said.

“Looking across the Iceland estate at similar locations, a further 235 stores could be suitable for the new convenience model targeting smaller stores located in areas of high footfall and with a suitable level of surrounding residential population.”

CACI also narrowed down the 235 potential sites to the 80 most suitable based on having the highest concentrations of “convenience-dominated shopper groups”. Of these, CACI identified the top three Iceland sites best suited to the Swift format as Handsworth in Birmingham, Beeston in Leeds and Hull’s Holderness Road.

Read more: Swift: what is it like inside Iceland’s new convenience store?

King said the suitability of the stores would afford Iceland extra agility in both quickly expanding Swift and optimising its core estate through relocation where appropriate.

“This analysis suggests there is both potential for conversions in the existing estate towards the new format but also acquisition potential as Iceland look to pursue new openings,” she said.

The first Swift store has double number of lines of the Iceland it replaced, at about 3,000, said to cover the “full spectrum of grocery”.

Speaking as the store opened, Iceland head of space and format development Matt Downes said: “Today’s launch is the start of a really exciting concept.

“The store is located on a very busy road, next to a major Metro hub with free parking outside. It seemed the perfect location for a convenience store trial.” 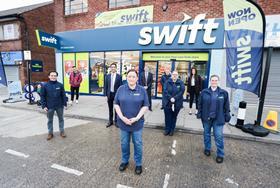