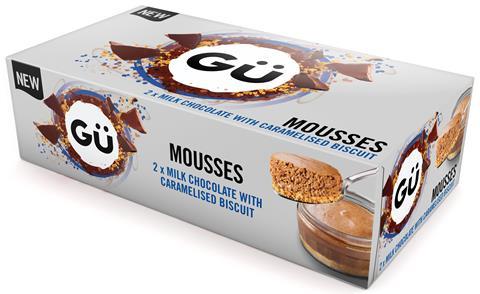 Dessert brand Gü looks set to fall into the hands of new PE owners, with Exponent leading the race to buy the business, The Grocer has learned.

A deal valuing Gü at upwards of £150m is understood to be in the final stages and is hoped to be finalised in the coming days.

Exponent is currently favourite to land the business, but two other PE firms were also involved in the second round of the auction, including London-based Epiris, a London-based firm without any food assets on its books at present.

A City source said Exponent had been a strong contender since the auction for Gü kicked off late last year, handled by corporate finance firm Spayne Lindsay.

Gü owner Noble Foods, which has owned the business since 2009, has attracted strong interest in the auction thanks to the brand’s stellar growth, with UK retail sales up 20% to £60m last year. It represented its best-ever performance in supermarkets – with volumes surging 13.2% as NPD was ramped up and the range broadened into new areas of the category.

“There is a lot of value to unlock at the business, but it also needs investment in a new factory to increase capacity after demand soared throughout the pandemic,” the source added.

The Grocer revealed in March that Exponent was among a handful of interested parties weighing up an offer for Gü, along with the likes of CapVest, ECI Partners and dairy giant Müller.

Initially Gü had expected to attract a valuation of around £100m, but a competitive process is understood to have pushed the price up closer to £150m.

Noble Foods, Exponent and Epiris all declined to comment. 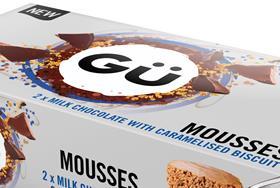