​Fabulosa hits back at social media claims its products are unsafe 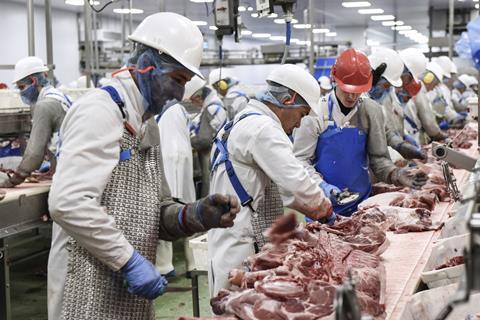 Pork giant Pilgrim’s UK has unveiled the details behind its plan to become a net zero carbon business by 2030.

The processor said its new “roadmap”, part of the Pilgrim’s UK 2030 sustainability strategy it announced last autumn, meant it would “go further and faster” than any other major company in its sector and would reach the net zero milestone some 10 years ahead of the NFU’s industry-wide goal.

Developed by the supplier in line with the UN’s Sustainable Development Goals, Pilgrim’s intends to reach its target by switching to 100% verified deforestation-free soya by 2025. It also plans to continue emission reduction across all sites in its supply chain in the run-up to 2030, and to use 100% renewable energy across all its manufacturing sites.

The business has also pledged to select the lowest carbon packaging formats available and to neutralise all remaining residual greenhouse gas emissions using frameworks aligned with the private sector-led Science Based Targets initiative.

Pilgrim’s said it had already seen a 7.9% reduction in electricity intensity across its business from 2019 to 2020. Meanwhile, the processor’s average carbon footprint was 2.53kg CO2e/kg per liveweight pig – representing half the industry average level of emissions for the UK and Europe, it claimed.

The company added its targets covering greenhouse gas emissions were consistent with reductions required to keep warming to 1.5°C – the most ambitious goal of the Paris Agreement.

“However, the UK is one of the countries leading the charge when it comes to driving more sustainable practices, and Pilgrim’s UK is a clear market leader when it comes to ensuring that it is preserving and enriching the rural environment,” he added.

“We already boast the largest higher welfare supply chain and most sustainable pig production system in the industry, driven by our successes on sustainable diet formulation and regenerative use of pigs within a wider mixed rotation system.”

Reaching net zero by 2030 was possible for the business “because we are starting from such a strong position, meaning we are able to be bolder in the pace and scale of our commitments than the rest of the industry”, Dight said. “Our latest announcement makes us clear trailblazers, advancing at a faster rate than any of our nearest competitors.”

It follows a commitment by Pilgrim’s UK’s ultimate owner JBS in March to reach net zero greenhouse gas emissions by 2040. 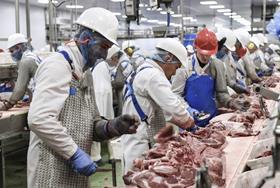