One Stop to open highest number of franchise stores this year 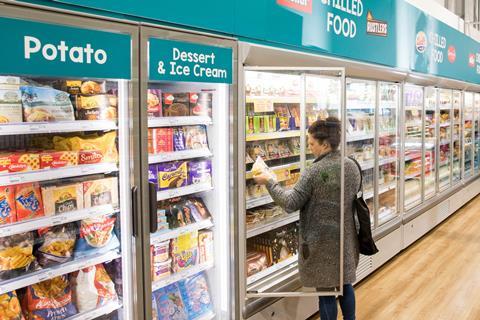 Poundland is rolling out its chilled and frozen ranges to nearly 40 more stores in July and August.

The offer is in 170 stores so far. The latest rollout will take it to 37 more branches and puts it on target to have reached 250 by this autumn, according to the variety discounter.

Some larger stores are also getting new trolleys and conveyor belt checkouts in an effort to encourage bigger basket spend, a key aim of Poundland’s transformation strategy.

Poundland first launched frozen & chilled ‘shops in shops’ as a pilot in a handful of stores in 2019. It was able to dramatically step up its plans for a rollout thanks to the acquisition of frozen food retailer Fultons Foods last October.

Read more: What does the Fultons deal mean for Poundland?

“Customers tell us they love the ranges, the famous brands, and say the prices are amazing,” said Poundland retail and transformation director Austin Cooke. “That’s why we’re pushing hard to keep going as quickly as we can so we can bring even more choice and value where our customers want it most.”

Poundland is aiming to have the range in 500 stores within two years, in a £25m investment in chilled & frozen following the Fultons buyout.

These are the stores getting it in July and August: 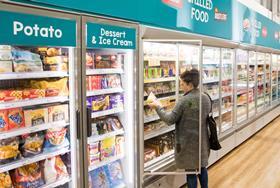