Emmanuel Faber agrees to step down as Danone CEO 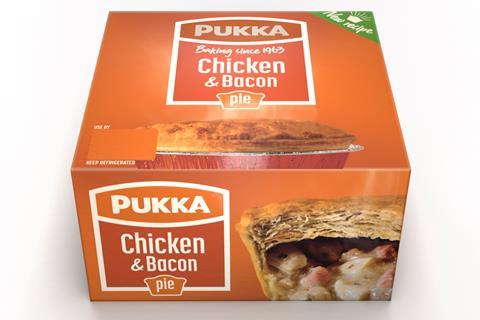 Pukka is adding a Chicken & Bacon flavour to its lineup.

Launching hot on the heels of British Pie Week, which runs from 1-7 March, the new flavour pairs chicken breast with smoked diced bacon in a creamy sauce, encased in 144 layers of Pukka’s signature puff pastry.

Pukka head of marketing and innovation Rachel Cranston cited chicken & bacon as a popular flavour combination in the UK, being voted one of the top 10 pie recipes by BBC Good Food.

Additional consumer research carried out by Vypr Research on behalf of Pukka brought ‘Creamy Chicken & Bacon’ out on top, she said, adding that the new pie was “sure to become a firm favourite – particularly amongst younger shoppers”.

Pukka is also bringing back its ‘The People’s Pie’ campaign, which return to TV screens today (3 March) for three weeks, and will be supported across digital, retail, foodservice, social and PR. 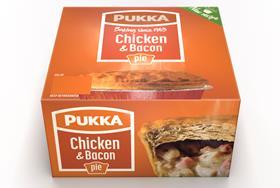