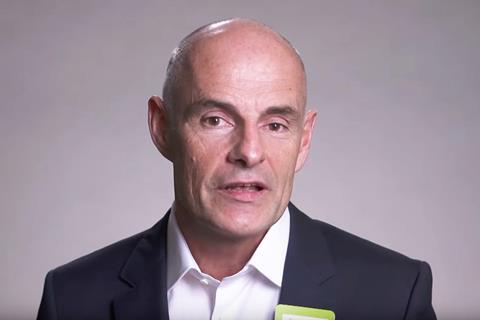 Asda CEO Roger Burnley told The Grocer today running the supermarket giant during the pandemic and a takeover process by the billionaire Issa brothers had been like “spinning two plates at once”.

Burnley, who yesterday announced he would be standing down next year once the takeover, subject to approval by the CMA, has gone through, said his legacy would show how Asda had managed to remain a “people business” despite an historic change of ownership after two decades of Walmart control.

Burnley has been at the helm since January 2018, having joined Asda from Sainsbury’s in 2016 as deputy CEO. He also claimed Asda had suffered more than other supermarkets during the pandemic, because of the long journey times to its out-of-home stores and its lack of a convenience empire.

“I’m sure my legacy will be a change of ownership after 20 years of Walmart ownership,” Burnley told The Grocer.

“That’s included the merger process with Sainsbury’s that ultimately didn’t happen, and then through this change of ownership, and of course steering the ship through the challenges of daily and weekly trading and being there for our customers during the pandemic while going through all that in the background.

“I am pleased to see the next chapter set up and I’m genuinely excited for Asda for the next chapter of our 60-year plus history,” added Burnley, who said he had not yet begun to think about his next career move.

“I have every confidence our new owners will grow the business and create an Asda to be even more proud of.”

Some experts have suggested the Leeds-based retailer has underperformed compared with other supermarkets during the crisis.

Analyst Nick Bubb wrote today: “Some shrewd judges thought that Burnley would be leaving anyway because of the underperformance of the business, but the takeover by the Issa brothers seems to have sealed his fate, albeit wrapped up in a statement about a personal decision.”

But Burnley insisted he was “proud” of Asda’s performance and said it had “stood up” to the challenges of the pandemic.

“Covid has affected all retailers in different ways over the last year, whether that the length of drive time to larger out-of-town stores, whether that’s not having had a convenience chain when people were shopping very locally.

“Of course that’s one of the exciting things we will now do and were already doing with EG long before the brothers turned their attention to buying us, but that’s an exciting opportunity.

“We’ve now opened our fifth Asda on the Move store. They are great and we look forward to many, many more.

Burnley said he believed the Issas and backers TDR Capital deserved to have a boss willing to commit to five years at the helm, which he said he he was “not prepared to do”. However, he said he would nevertheless “spring out of bed” each morning to carry on Asda’s transformation strategy, which includes a massive shift to gear up its online capacity, using excess space in stores, as well as an ongoing range review.

“This is me telling people as early as possible so the business can search for a successor, but I’m genuinely motivated and happy to be around for the next year to continue the strategy which we have clarified and begun to implement and which our new owners are behind, and which they will undoubtedly augment with their own ideas that they bring to the party.

“The brothers and TDR genuinely want me to be around for that time and I think that speaks volumes because it’s quite rare.”

Asda’s new owners commented: “The Issa brothers and TDR Capital continue to be focused on supporting its leadership team to implement and accelerate Asda’s growth strategy over the next five years and beyond.”

Shore Capital analyst Clive Black said: “Such a phrase is interesting, suggesting that it does not intend to flip the business and seek to make a quick cash on cash return, far from it.

“We also note that the new owners state that ‘a process will commence shortly to appoint a new CEO who is able to commit to leading the business over the long term’. Again, this suggests that a long-term commitment is in place, noting too that the Issa brothers have youth on their side.”

Black said Burnley had led Asda with “quiet dignity and commendable diligence”, adding: “Given the material background context, challenge and noise, we believe he deserves considerable credit for the focus and execution delivered, particularly developments online, where grocery sales have virtually doubled in the past year or so.” 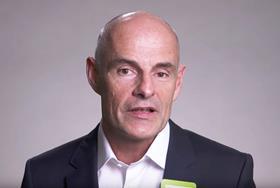