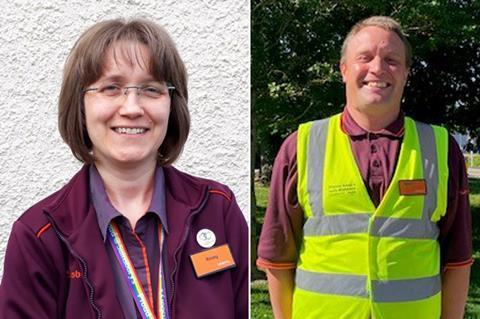 Sainsbury’s CEO Simon Roberts has said he is “incredibly proud” of the two employees who were recognised in the Queen’s Birthday Honours this year.

James Beardwell and Rosey Hull were awarded the British Empire Medal (BME) in recognition for the work they did for their communities during the pandemic.

Beardwell, who is autistic and experiences anxiety, is a customer experience assistant at the Sainsbury’s branch in Springfield, Essex. The 37-year-old was tasked with sanitising the trolleys throughout the past year to help keep customers safe.

“James initially found it difficult to adjust to the pandemic. However, he was committed to playing his part in feeding the nation and continued to go above and beyond for our customers,” said CEO Roberts.

Beardwell appeared on ITV’s This Morning on Monday alongside his colleague Emma Sharman, a Sainsbury’s operations manager who nominated him for the award. He said he was caught by surprise when he received the news, but it brought him “so much joy” as he worked tirelessly during the pandemic.

“Since the beginning of March 2020, I’ve been working hard to sanitise the trolleys to keep everyone safe at this time. I know it’s been difficult for everyone but I’ve done everything I can to bring positivity to the store as well,” Beardwell said.

Meanwhile Hull, of a worker at the supermarket’s Sprucefield store, was recognised for helping to introduce initiatives to educate fellow colleagues and community members about hidden disabilities.

Congratulations to Sainsbury’s colleague @JamesBeardwell for his Queen’s Birthday Honours Award (BEM) in recognition of his outstanding contribution to the community during the pandemic! James and colleague Emma, who nominated him for the award, were interviewed on @thismorning pic.twitter.com/vkK2smVQbR

“We’re incredibly proud of James and Rosey and all of our colleagues across the business who have been supporting their communities during this time,” Roberts said.

Beardwell and Hull were among a total of 323 people honoured with a British Empire Medal. Dozens of other frontline and retail workers were recognised by the Queen for their work during Covid-19 – including two Iceland store managers, who also made it to the Queen’s Birthday Honours list after being among the first to introduce a ‘silver hour’ for elderly shoppers in the pandemic. 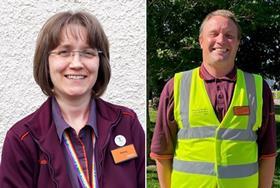