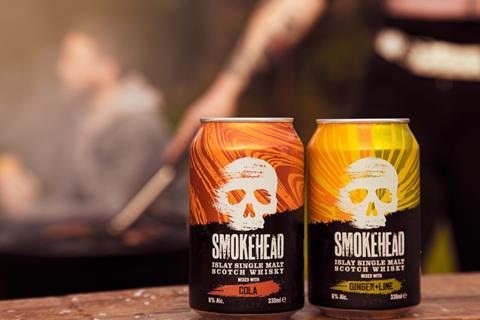 Whisky brand Smokehead has launched what it claims is the first-ever premixed single malt in a can.

Smokehead said they would offer “accessible flavours” with the “unmistakeabe twist” of its heavily peated whisky.

There was “a long-standing debate whether a single malt should be mixed”, said Ian Weir, Smokehead brand director at owner Ian Macleod. However the brand “refuses to follow the rules of conventional whisky drinking”.

The launch would tap the rise of outdoor drinking and barbecue occasions throughout the summer, he added.

It is luring names from across the sector. A swathe of brands across booze have debuted in RTDs over the past year, such as Taylor’s Port, which launched a Chip Dry & Tonic can, and wine brand 19 Crimes, which launched a duo of wine and rum-based hard seltzers.

The launch marks the latest in a series of NPD for Smokehead: last year, for instance, saw it roll out a ‘Rum Rebel’ single malt finished in Caribbean rum casks. 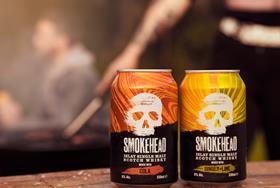