Tesco CEO calls for legislation to protect staff from abuse 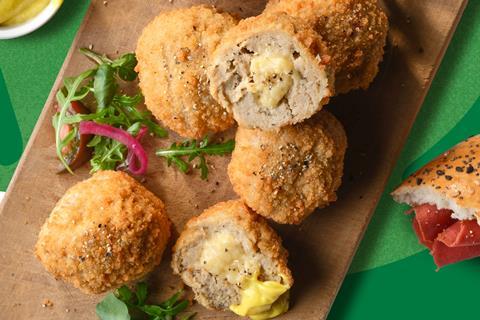 Vegan brand Squeaky Bean has teamed up with plant-based egg substitute Crackd to launch what it claims is the “world’s first” vegan scotch egg into Tesco.

The eggs, which have launched in packs of six, are made with a wheat and pea protein sausagemeat alternative combined with Crackd’s ’no-egg’ (rsp: £3/210g).

Alternatives to egg products were hard to find despite the mass of plant-based options now on the market, said Squeaky Bean co-founder Sarah Augustine. “We want to give vegans, vegetarians and flexitarians an alternative option for every meal or snack.”

The launch will roll out alongside a further trio of NPD from the brand: Tomato, Red Pepper & Veta Tart, Creamy Coronation Tart and Chargrillled Memphis Style BBQ Mini Fillets. The brand said the trio were “ideal for picnics, summer meals and packed lunches” (rsp: £3/120g-150g).

It comes a matter of weeks after Crackd made its big four debut with a listing in Morrisons – after just six months on the market – and launched its first TV ad campaign starring the likes of Great British Menu chef Ruth Hansom and Instagrammer Jenna Betts, who runs the account @DirtyVegazine. 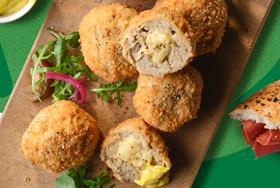