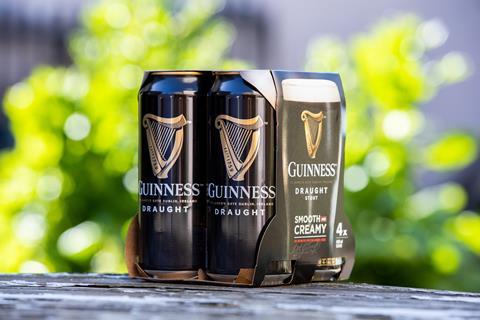 The rapid growth in stout was driven by Guinness, which accounts for 92% of sales.

Diageo put its rise in retail sales down to “an upward curve in distribution and sales of bigger pack formats” in addition to hospitality restrictions.

“With the on-trade having faced the challenges of lockdowns over the past year, Guinness has acquired new drinkers in the off-trade as people gravitate towards trusted and well-known brands,” said Kate Blake, category strategy lead beer & RTD at Diageo.

How will beer and cider sales fare now that pubs have reopened? Beer & cider category report 2021

Other breweries that have enjoyed an uplift in stout sales include Adnams, whose head brewer Fergus Fitzgerald told The Grocer there had been “a sharp rise” in sales of its bottled Blackshore stout in the past year.

Tom Clermont of Bristol Beer Factory, whose 4.6% abv Milk Stout represents up to 10% of the brewery’s total output, said the spike in stout sales was down to  shopper routines being “forcibly disrupted” during the pandemic, as out-of-home consumption shifted into retail.

“Guinness has proven that stout has the capacity to be a high-volume, widely-liked style, and it seems a lot of people – whether for a treat or stumbling on it by chance – have fallen for stouts,” he said.

Yet he believed there would be “little reason” for stout to experience sustained growth in retail now that pubs have reopened. “Stouts are spectacular and we’re glad more have been consumed this year,” Clermont added. ”It’s a nice moment rather than a sea change.” 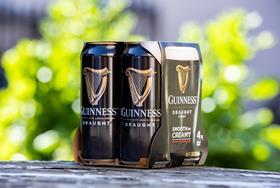