Nestlé adds popcorn to chocolate brands with launch of Combos 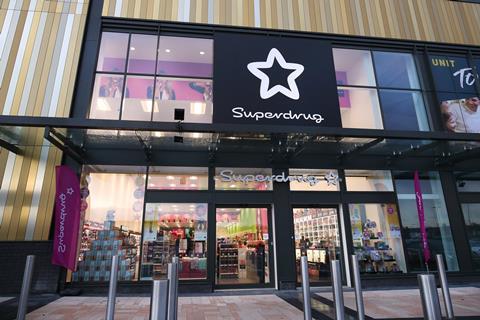 Accounts for Superdrug and Savers have revealed the impact of last year’s successive lockdowns on the sister retailers.

Superdrug saw high street footfall plummet 75% during the first national lockdown, resulting in 230 temporary store closures. Revenue for the 52 weeks to 26 December was down 15% to £1.1bn. Profit before tax was down 79% to £18.8m and a net 13 stores closed permanently during the year, reducing the estate to 788.

Health, home and beauty discounter Savers fared better: footfall in high street locations dropped 60% in the second quarter under the first national lockdown. Revenue for the year was down 6% to £536m and profit before tax dropped 20% to £40.3m. A net 14 stores were opened during the year, growing the estate to 506.

Both chains, owned by AS Watson, have been allowed to remain open as essential retailers under lockdown restrictions.

Both sets of accounts, filed with Companies House, say trading recovered in the second half as restrictions eased, but were hit again by further lockdowns in the crucial run-up to Christmas.

GlobalData associate retail analyst Juliet Cuell said Superdrug’s performance could have been worse but for its provision of click & collect in all stores and delivery in major cities, both within 30 minutes of ordering. The results credit the e-commerce operation with “significant growth as customers were forced to shop online as a result of nationwide government lockdowns across the year”.

“It also re-launched its app during the period to drive online conversion, but it must do more to provide convenience alongside a unique customer experience to differentiate itself from apparel retailers such as Asos.”

However, Cuell also warned Superdrug “shouldn’t lose focus on investment in in-store experience in its remaining stores given that 67.6% of consumers did not purchase health & beauty products online over the past 12 months”, based on GlobalData’s research.

Superdrug benefited from £14.2m of government grants under the government’s Coronavirus Job Retention Scheme. As a result, operating margin was 3.2%, compared with 8.2% the previous year, the results said.

Savers received £2.3m from the same government scheme and operating margin was 8.3%, compared with 9.6% the year before. 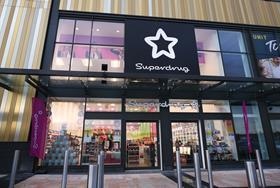