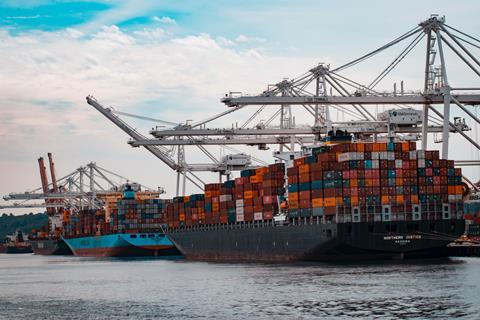 The cost of shipping containers has risen from around $2,000 per container to $14,000 on routes from China and Southeast Asia over the past three months, driven by a global shortage as a result of the pandemic.

Analysts have warned it could be several years before rates return to pre-pandemic levels as shipping companies look to recover their costs after years of losses.

Stephen Barlow, CEO of Euro Food Brands, said the shortage had left “manufacturers fighting for containers and having to pay crazy prices”, yet not all retailers were sympathetic to the issue.

Many retailers import products directly from Asia themselves and so understand the problem, he said, “but some are just saying: ‘well, no, we can’t have any price increases at the moment’.”

While shipping costs previously made up around 5% of the product price, added Barlow, this had now risen to over 20%. “The net margins of businesses like ours are tiny. So when you have swings of this size, unless you can get the price up, you have to stop doing the business.”

Walter Anzer, director general of the British Importers and Distributors Association, said he has “seen little sympathy from retailers for sharing these costs”, with one trade body member telling him “there’ll come a time when we have to refuse delivery, because we can’t afford it”. This was not just the case in the UK but across Europe, he added.

Speaking on behalf of the supermarkets, Andrew Opie, director of food & sustainability at the BRC, said retailers had spent years building up sustainable supply chains and will be “working closely with suppliers to manage their costs and offer the same great value in a very competitive market”.

While UK suppliers have seen some of the biggest cost rises on routes from southeast Asia, “it is true of all shipping costs,” according to Ian Wright, FDF CEO, with the effects already seen in the current shortage of pet food pouches.

“The strain on the system is such that anything that is at the bottom of ladder on cost goes to the back of the queue. It’s why there weren’t any masks at the start of the pandemic: you couldn’t afford to do them. It’s only when the price goes up that you can afford it.”

The soaring shipping costs come as congestion at Felixstowe and Southampton ports has “further deteriorated” on last year’s disruption, which saw food intended for British supermarkets dumped on European shores.

Johannes Schlingmeier, CEO of Container xChange, said this week that there are “critical levels of boxes building up” at British ports, a problem being exacerbated by the added complexity of post-Brexit trade with the EU.

Container xChange operates a ‘Container Availability Index’ to show port congestion. An index of 0.5 describes a balanced market, below 0.5 means there is a shortage of containers, while above 0.5 equals an excess. 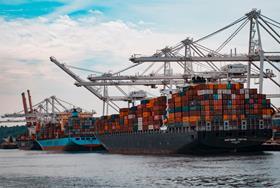