Pip & Nut cuts out plastic with move to glass jars 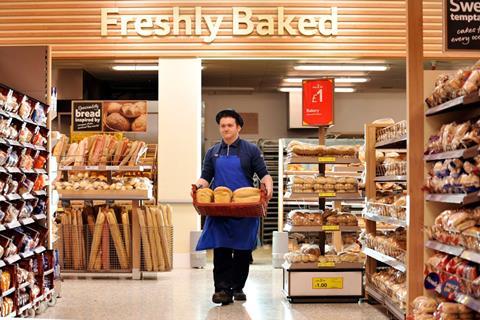 Tesco is committing to helping thousands of people jump-start their careers after a report showed that one third of young people expected to “end up in a dead-end job”.

The survey conducted by think-tank The Social Market Foundation showed that number rose to 43% among those from lower-income households.

Those from disadvantaged backgrounds also reported lower levels of optimism and career expectation, and said they felt less equipped to compete in today’s job market.

“Inequalities in society are having a big impact on the outlook and chances of young people,” said Tesco chief people officer Natasha Adams. “At the same time, a whole generation is grappling with the disruption that Covid-19 has caused to jobs and education.

“We must not allow a two-tier system to emerge where some are equipped with the confidence to get on and others are left behind.”

Outlook inequality meant that many young people from lower-income backgrounds had less belief in their ability to achieve life and career goals, The Social Market Foundation warned.

The survey, which encompassed over 1,000 people aged from 16 to 25 across the country, also showed that young people from lower-income backgrounds were twice as likely not to feel optimistic about the future.

This meant they were more likely to be put off when applying for certain education and career opportunities, with many claiming they would feel out of place as they hadn’t “seen people like them do those things”.

The report also found that young people are overall less optimistic now than after the 2008 economic recession, with half saying they had lowered their ambitions since the pandemic hit.

In addition, two-fifths of respondents said they thought few or none of their life goals were achievable – a number that rose to nearly two-thirds among those from less affluent families.

Following the research findings, Tesco has committed to helping over 45,000 youngsters build essential skills to be able to access job opportunities through a series of initiatives.

“Businesses like ours need young, diverse talent,” Adams said. “We are committed to creating opportunities for all and want young people to see that everyone’s welcome at Tesco, whoever you are and whatever your background.”

Those initiatives include offering work placements and permanent roles to young people, as well as offering degree apprenticeships, graduate roles and a business diversity internship. The retailer is also extending its partnership with youth charity The Prince’s Trust for another five years in order to continue developing outreach programmes in schools across the country.

“We need to make sure the odds don’t stay stacked against them,” he said. 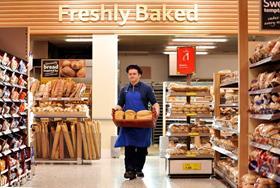