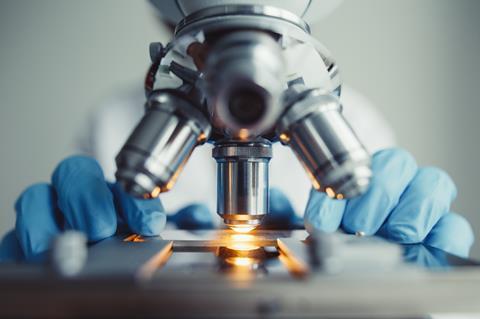 The Vegan Society has sought to strengthen its vegan accreditation through a new partnership with food and drink testing and traceability laboratory Food Forensics.

Launching today (25 May), the tie-in will see Food Forensics help identify any animal by-products or evidence of cross-contamination in tested products during the Vegan Society’s trademark certification process.

The Norwich-based UKAS-accredited business will use a next generation sequencing DNA test – an untargeted method of testing which seeks out DNA sequences in products and compares them with a database containing more than 500,000 species. This regime would be able to spot even the smallest indication of an animal product, The Vegan Society said.

It added that the new testing system would complement the existing arrangement that requires certification applicants to provide “thorough” data and technical information, but would particularly aid brands and businesses which would otherwise struggle to fully map out their supply chains.

“Not only will the test help us when an applicant is struggling to get information from a supplier or manufacturer, but Food Forensics are also giving us access to fantastic market research and stats on the food industry that will be of huge value when dealing with brands and businesses in future,” said Vegan Society head of business development Steve Hamon.

The partnership will also see a referral system run between the two businesses, with vegan trademark holders set to be encouraged to use Food Forensics’ DNA testing regime, while the laboratory would encourage companies it works with to apply for the trademark.

Will coronavirus open the door to global food fraud?

Reflecting on the announcement, Food Forensics business development director Rick Sanderson said it would help to protect consumers, producers and processors from misleading labelling or food fraud. He suggested such protection had never been more crucial given the rising demand for food and drink that’s completely free from animal products or animal testing.

Earlier this year, Veganuary claimed as many as a million-and-a-half people in Britain had adopted a vegan or vegetarian diet as a result of this year’s edition of its annual campaign. It cited a YouGov poll of 4,242 adults in Britain undertaken in February that showed at least 5% of people had either followed a vegan diet for the whole of January or for some of the month.

There are currently 53,000 active vegan trademark registrations from more than 2,000 brands across the globe, according to The Vegan Society’s statistics.

Aside from its new partnership with The Vegan Society, Food Forensics is also partnered with the British Egg Industry Council, Meat Promotion Wales and The Scotch Whiskey Research Institute. It has also worked with retailers such as the Co-op, and major suppliers including 2 Sisters Food Group. 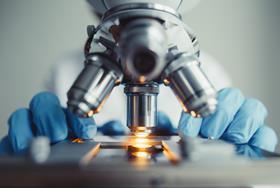