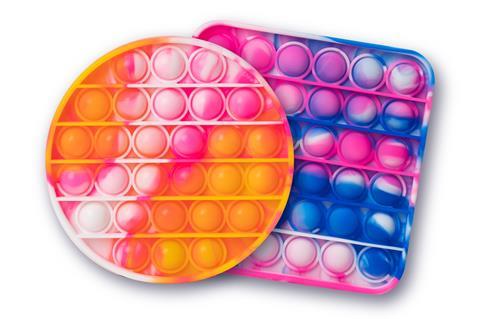 Glasgow-based wholesale supplier H Grossman told The Grocer the TikTok trend was the “catalyst” to get on board and has so far placed orders for 2.4 million items.

Its first order, which arrived in February, went to major toy retailers and through buying group Toymaster.

It has since fed into the convenience market through wholesalers including Perkins Group, Suleman & Co, Sher Brothers, LTC Wholesale and Clyde Importers.

♬ Send Me on My Way – Guy Meets Girl

Other variants include the Fidget Track, which is a jointed fiddle toy that bends and flexes into a range of different shapes, and the Pea Pod Push Popper Key Chain, which behaves like reusable bubble wrap.

“These have been really well received by a number of our customers who are looking to target a pocket money purchase,” said Perkins Group operations manager Darren Walker.

“We highlight any products that we know will sell well and push poppers are certainly on trend at the moment.

“We are waiting for more stock and looking forward to seeing the line extensions. I have a nine-year-old daughter so I know that these are the latest craze, she really loves them.”

Sandeep Bains, a Southern Co-op franchisee in Faversham, Kent, said the tactile toys first hit his store four weeks ago, and now sells 10 lines after starting off with just two.

“TikTok is where NPD is now,” he said. “And wherever TikTok is, that’s where the money is.”

“I’ve sold between £5,000 to £7,000 worth of the toys in just one month. We’ve been smashing them. We’ve got kids coming in from everywhere to come and grab these fidget toys.” 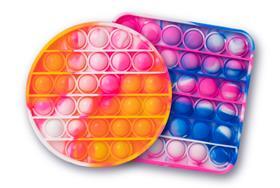