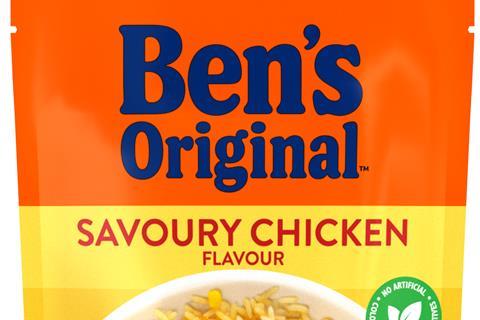 Mars Food is rolling out a new name and look for its bestselling instant rice brand.

Previously called Uncle Ben’s, the revamped Ben’s Original rice sachets feature the same orange background and navy blue font as before – which will also appear across the brand’s dry rice and cooking sauces.

The change marked “the brand’s next step in its ambition to create a more inclusive future while maintaining its commitment to producing the world’s best rice” said Mars.

It comes after frequent accusations of racism against Uncle Ben’s logo – an illustration of a black rice farmer – and name. In plantation-era US, white people in the southern states would often refer to a black man as ‘uncle’ to avoid using the more respectful ‘mister’.

“As a global brand, we know we have a responsibility to take a stand in helping to put an end to racial bias and injustices,” the supplier said in June 2020. “As we listen to the voices of consumers, especially in the black community, and to the voices of our associates worldwide, we recognise that now is the right time to evolve the Uncle Ben’s brand.”

Ben’s Original made its debut last month in the US. Its launch in the UK will be backed by a through-the-line campaign over the coming weeks. It will include a TV advert, which first aired this week, social content, in-store activation and outdoor advertising.

Later this year, Ben’s Original will bring its ‘Seat at the Table Fund’ to the UK. It aims to support people from underserved communities through apprenticeships in the food industry. The brand is committed to providing £250,000 in funding across the next five years.

In addition, the brand will continue its partnership with The Trussell Trust, donating £100,000 this year to the charity, which supports food bank centres across the UK.

Mars Food believed “everyone deserves to feel welcome, heard and have access to nutritious food” said global CMO & R&D officer Rafael Narvaez. “That’s why we’ve committed to taking actions designed to enhance inclusion and equity in service of our new brand purpose, to create meals, experiences and opportunities that offer everyone a seat at the table.” 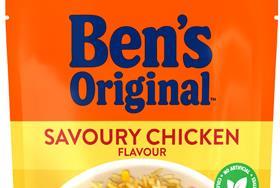