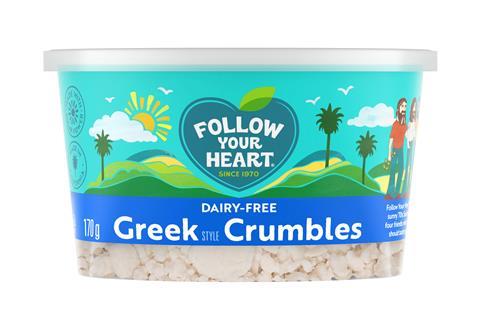 Californian vegan brand Follow Your Heart is to launch what it claims is the UK’s first dairy-free alternative to feta which crumbles just like the Greek cheese.

Promising to be a like-for like replacement for the PDO cheese, the coconut oil-based NPD has 10 ingredients and is non-GMO as well as free from gluten, lactose, soy and preservatives.

Follow Your Heart said the dairy alternative had been produced at its solar-powered and zero-waste Earth Island facility in Los Angeles, and will roll its Greek Style Crumbles into Tesco from Monday 12 July (rsp: £3.50/170g).

The brand, which was acquired by Danone in February, claimed the product had already performed well since launching in the US earlier in 2021, and said it expected similarly strong sales in the UK. It pointed to the growth in the number of Veganuary participants this January as a basis for its expectations.

“We are passionate about showing UK shoppers how delicious and easy plant-based eating can be,” said its European lead of new business development John O’Connor.

“In contrast to some other brands with long ingredients lists including unrecognisable components, Follow Your Heart focuses on keeping things clean and minimal to create inherently better-for-you products for shoppers.”

The launch comes amid Follow Your Heart’s rebranding exercise to mark its 50th anniversary, which has begun to roll out across its salad dressings and dairy alternatives ranges at the UK mults.

It said the rebrand better reflected its beginnings in 1970 as a soup and sandwich bar in California. 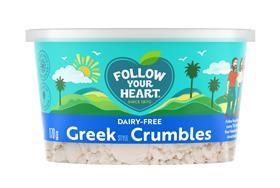