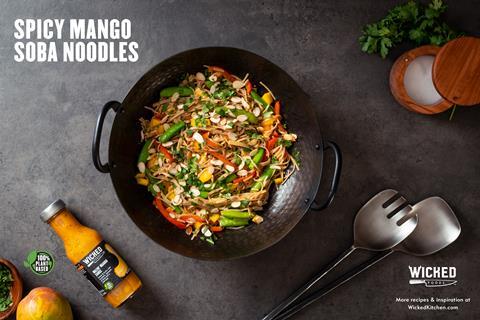 Vegan brand Wicked Kitchen has announced what it has claimed to be one of the largest launches into US grocery for decades having gained listings with supermarket giant Kroger.

Rolling out nationwide across 2,500 Kroger and Sprouts Farmers Market stores from today (27 July), more than 20 plant-based offerings from the brand will become available to US consumers for the first time.

These will include products targeted at breakfast and lunch occasions as well as frozen ready meals, meal kits and condiments.

The brand said its launch would tap into the growing community of vegans, vegetarians and flexitarians found in the country.

“What Wicked brings to the U.S. will be unlike anything that has come before it in the plant-based space. This launch is one of the largest single-brand launches in the U.S. grocery industry in decades,” said CEO of Wicked Foods – the brand’s parent company – Pete Speranza.

“As was demonstrated by our UK collaboration with Tesco, the breadth of offerings Wicked Kitchen brings to market allows consumers to finally have a plant-based destination with a wide and growing variety of choices that has been lacking in the grocery market.”

Until now, Wicked’s products have only been available to Tesco consumers in the UK. The brand launched its first meat-free ranges exclusively with the retailer – where its co-founder Derek Sarno is executive chef and director of plant-based innovation – in 2018. Since then, it has moved into other categories, including cakes, pies and desserts and has launched a tie-in with Beyond Meat.

As The Grocer first revealed in December 2020, a US launch formed one of the first steps of Sarno’s plan for Wicked to become a “global plant-based lifestyle brand”.

Sarno, who is originally from the USA, saw his vision come closer earlier in July after Wicked raised $14m from a Series A funding round co-led by plant-based foods venture fund Unovis Asset Management and Thailand-based NRF Nove Foods.

While Wicked has now moved into a new market, it is understood he will continue in his UK-based role as Tesco’s plant-based lead. 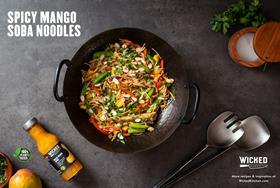