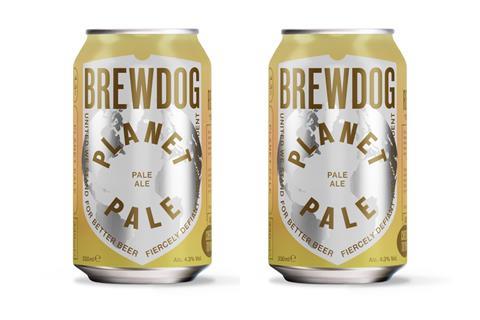 BrewDog has added a new “planet-friendly” pale ale to its lineup.

The session-strength beer was an “accessible offering with wide appeal”, said BrewDog.

It delivered “fresh grassy hops with subtle tropical tones of pineapple and lime in the background”, the brewer added.

BrewDog had replaced its original Pale Ale with an “improved recipe and stronger brand proposition, to generate excitement and highlight the brewer’s sustainability credentials”, it said, adding that pale ale was a “key driver” for bringing new consumers into the craft beer category.

“Following the relaunch of Lost Lager in the spring, we established that 70% of beer drinkers are more likely to purchase a beer made in a sustainable way, presenting a huge opportunity to grow frequency and penetration with a planet-friendly beer offering,” said BrewDog head of customer marketing Alex Dullard.

Its name was “a simple nod to our carbon-negative credentials… and does what it says on the can”, he added.

The launch will be supported by a marketing campaign, including digital, social media and in-store PoS, featuring the strapline: ‘Enjoyed Responsibly Worldwide’.

It comes as the brewer looks set to launch a soft drinks brand called SodaDog.

As reported by The Grocer last month, it has registered the name as a trademark with the IPO under class 32, covering soft drinks and seltzers.

Read more: how BrewDog could use its brand to expand into soft drinks 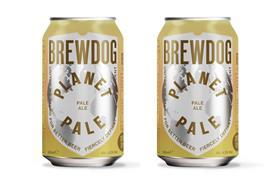