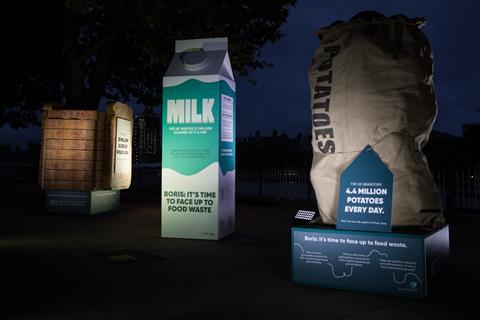 Food waste reduction targets should be enshrined in UK law, says Too Good To Go.

The anti-waste app launched a petition last week to make it legally binding for food waste to be reduced by 50% by 2030 as part of the UK’s net zero ambitions.

The aim is for food waste to be dealt the same policies that have been put in place to tackle other climate issues like plastic, deforestation and aviation.

The petition has so far collected 17,924 signatures out of a 50,000 target by the end of COP26. It also calls for food waste and systems to be made part of COP26’s agenda.

“It’s staggering that despite all the research to prove food waste is causing climate change, it’s nowhere to be seen on the government’s agenda for COP26 or beyond,” said Too Good To Go co-founder Jamie Crummie.

“When you compare this to other climate issues like plastics, deforestation and aviation which are all getting the due attention they deserve, it begs the question: why isn’t food waste taken as seriously?“

According to a new report from WWF and Tesco called Driven to Waste: Global Food Loss on Farms, 40% of all food is wasted globally, which is responsible for 10% of all greenhouse gas emissions.

However, the call for these targets to be established legally is not universally supported by other anti-waste champions.

Neighbourly CEO Steve Butterworth said: “Delivering against the UN Sustainable Development Goal (SDG) target 12.3 to achieve a 50% per capita reduction in food waste by 2030 is critical, and we absolutely support initiatives that encourage us as a society to become more respectful of the resources that we produce.

“However, with the introduction of laws to enforce this, we must ensure we aren’t unintentionally passing the problem onto other stakeholders in the supply chain. Priority should be given to a review of the regulations that currently govern the food industry, to ensure it has an appropriate legal framework which is fit for the times and enables them to reach these goals.

“Community-level education and better access to resources that help consumers understand the value of food, food labelling and the environmental impact of production and waste should also be seen as an urgent part of the solution.”

FareShare’s head of marketing and communications James Persad said: “Whilst we welcome all and any initiatives that try and reduce the amount of surplus food that’s going to waste, what FareShare are particularly keen to do is to work with the food industry and with government to make it as simple and commercially viable as possible for the food industry to get that good-to-eat surplus food that’s currently going to waste out to charities.

“We believe there is an increasingly strong case for a more resource-efficient approach to the management of surplus food in order to reduce the unnecessary environmental impact of the water and carbon that’s embedded in the 30% of food we produce globally but then waste.

“The fact Defra are consulting on mandatory food waste reporting at the moment, and it looks like it’s due to come into force in 2023, is a big step forward. We’re trying to make it as easy as possible for the food industry, so we do believe in incentives rather than sticks and red tape.” 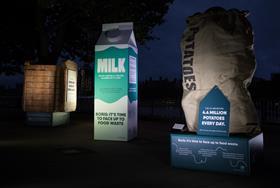