M&S Food to pay all small suppliers within seven days 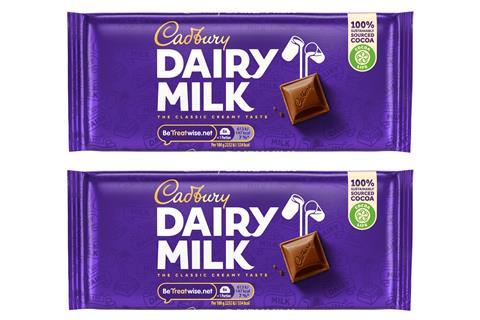 New packs, which contain up to 30% recycled plastic, will roll out across more than 28 million of its sharing bars in 2022.

The move comes as part of the fmcg giant’s broader global commitment to reduce the amount of virgin plastic in its overall plastic packaging portfolio by 5% by 2025.

It was investing over £21m a year in technology, resources and recycling infrastructure to deliver this target and anticipated an acceleration in the investment over time, it said.

By 2025 it aimed to have invested over £215m in “helping to create a more sustainable future for plastics”, it added.

“This next step in our journey to reduce our use of virgin plastic in our iconic Cadbury range is a really important one,” said Mondelez UK MD Louise Stignant.

“We are committed to reducing waste and closing the loop on packaging – keeping valuable materials within the economy and out of the environment,” Stignant added.

It comes as Mondelez started rolling out fully recyclable packaging across its Dairylea and Philadelphia lines in the UK and Ireland last month.

It kick-started the transition by moving Philadelphia mini tubs and Dairylea handi snacks from polystyrene to widely recycled PET, removing about 487 tonnes of polystyrene from its supply chain.

Its Philadelphia tubs and lids will also transition to recycled plastic next year.

Earlier this year, Mondelez joined forces with the likes of Mars, Nestlé, PepsiCo and Unilever to finance and launch the Flexible Plastics Fund.

The initiative is intended to drive up recycling rates of flexible plastic through front-of-store collections initially, with the longer-term aim to include it within kerbside collections. 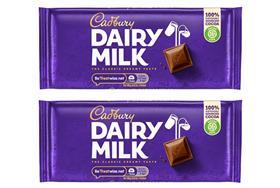