Wholesalers call for suppliers to hike prices on price-marked packs 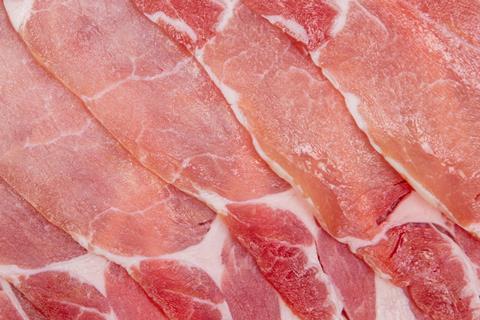 Fears about the link between processed meats and cancer could be allayed by replacing nitrites as a preservative with plant-based alternatives, a new study suggests.

With diets high in nitrites frequently linked to a greater risk of colorectal cancers, the Phytome project, an international group of scientists, has developed a curing process that could eliminate the need for the carcinogenic compound in the likes of bacon and sausages.

The project used a mixture of botanicals, including rosemary, green tea and resveratrol, an extract of Japanese knotweed, to develop versions of cooked and dry cured red meats that replaced nitrites with the natural alternatives.

The scientists then tested the products against conventionally processed red meats. They found signs of nitrite content in participants’ faeces were significantly lower from the specially formulated products.

“The ongoing worries about highly processed red meat have often focused on the role of nitrite and its links with cancer, said Gunter Kuhnle, professor of nutrition & food science at the University of Reading, one of the Phytome project’s participants.

“Our latest findings show that using natural additives in processed red meat reduces the creation of compounds in the body that are linked to cancer. Surprisingly, the natural additives seemed to have some protective effects even when the red meat still contained nitrite,” he added.

This suggested that botanicals “could be used to reduce some of the potentially harmful effects of nitrite, even in foods where it is not possible to take out nitrite preservatives altogether”.

There is convincing evidence that consumption of processed red meat is associated with cancer risk, according to several World Cancer Research Fund reports – while the International Agency on Research on Cancer has classified processed meat as carcinogenic to humans.

In February 2019, a co-author of the World Health Organization’s 2015 paper linking processed meat consumption to cancer, Professor Denis Corpet of the University of Toulouse, accused governments of “failing to act” on the issue.

His criticism came a month after British Meat Processors Association CEO Nick Allen insisted calls for government action to remove nitrites from bacon and ham were an “oversimplification” of a complex issue.

Nevertheless, some suppliers and retailers have worked to eliminate nitrites. In December 2017, Finnebrouge launched its sustainable Naked range with an assortment of nitrite-free meat products. This was followed last year by both Waitrose and Co-op announcing cuts in nitrites across their own-label bacon offers. 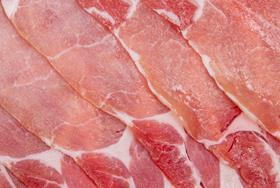