Yo and Panku counters to use This chicken alternative in dishes 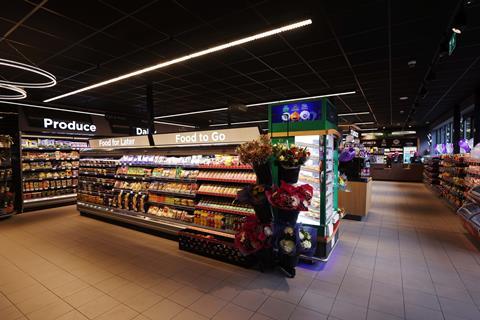 The store in Beaconsfield, Buckinghamshire, stocks over 2,500 products including Asda’s ‘Extra Special’ fresh and chilled ranges plus ready meals and beers, wines and spirits.

It also sells a range of meals created by celebrity chef Gino D’Acampo – which switched from Iceland to Asda earlier this year – including his ‘Mamma’s’ lasagne.

It is one of four ‘Asda on the Move’ stores that opened on EG forecourts on Friday, ahead of a planned wider rollout announced in September.

The first three AOTMs opened in the Midlands in October, and the rollout is due to see 28 more in the coming months and 200 in 2022. The aim is to bring Asda products to “new customers in more convenient locations”, following the £6.8bn acquisition of the supermarket by TDR Capital and EG owners Mohsin and Zuber Issa.

The Beaconsfield site is the first to trial a ‘premium format’, with Asda’s range complimented by EG owned food-to-go brands and franchise partners such as Leon and Greggs, the supermarket said.

Read more: Why Asda’s convenience ‘move’ to supply EG Group sites is not a piece of cake

The store has a “different look and feel to a traditional grocery convenience format, taking cues from the retailer’s Extra Special branding – both inside the store and on the forecourt”.

“We know customers want great quality that is easily accessible and great value – so we’re delighted to be able to launch our first-ever ‘Extra Special’ Asda on the Move store in Beaconsfield,” said Asda chief merchandising officer Derek Lawlor.

“Customers visiting the store will find everything you would expect to be able to pick up in a forecourt grocery location, along with a wide range of premium ‘Extra Special’ options across chilled meals, fresh ingredients and a specially selected range of beverages.

“The launch marks a milestone in the evolution of Asda on the Move and our convenience offer, as well as an increased focus on showcasing our Extra Special range, which continues to be a popular choice with customers, with like-for-like sales in this category up by more than 20% in Q2 compared to the same period in 2019.”

A second premium AOTM store is set to open in Hartlebury before the end of the year, with five more locations due to get Extra Special ranges as the premium brand marks its 20th anniversary.

It is thought all of EG’s roughly 360 forecourt stores, currently supplied by Spar wholesalers including AF Blakemore and James Hall, will eventually convert to Asda on the Move, with the supermarket acting as wholesaler. 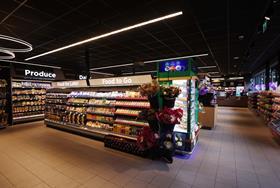