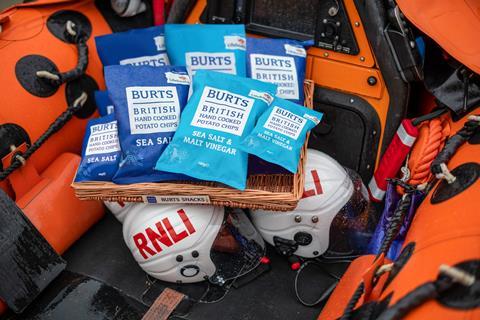 Newly filed accounts for the year to 31 December 2020 showed the Plymouth-based snacks group grew sales by 12.4% to £57.3m to establish itself as “the fastest-growing independent snacking company in the UK”.

Although sales were initially affected by coronavirus lockdown measures, its out-of-home decline was more than offset by increased grocery sales thanks to its “blended portfolio of products and distribution channels”.

During the year it invested in extending its range, with additional capacity for its hand-cooked chips, compression-popped range and flash-fried products.

MD Dave McNulty said the strong growth had continued into the current year. “Although 2020 was a positive year for the business, we are even more excited about what we will deliver this year,” he said.

Despite lockdowns ending, we are continuing to meet our top line growth targets and our latest projection is that sales will continue on this upward trajectory year-on-year, demonstrating the resilience of our business as consumers move out of the home again.”

He said growth is being underpinned by the reinvigoration of the Burts brand, a £1m advertising campaign and new listings with Tesco across the south west.

The brand has also recently announced a sponsorship of the RNLI, which will see its Sea Salt and Sea Salt & Malt Vinegar ranges sold in the charity’s shops, as well as grocery stores and hospitality outlets nationwide.

Burts Potato Chips changed its name to Burts Snacks in 2019 following its acquisition of popcorn maker Savoury & Sweet and stated at the time its ambition to grow sales to £100m by 2022. 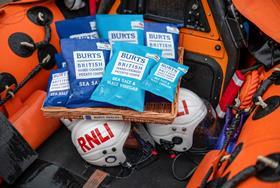