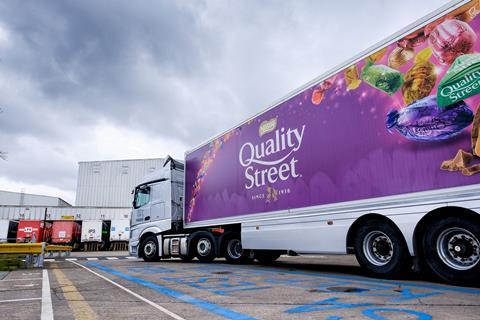 Nestlé has warned over potential supply problems ahead of the key Christmas period after being dragged into the ongoing crisis hitting all areas of the food industry.

The world’s largest food producer told the BBC it was “workinig hard” to ensure its products, including the festive favourite Quality Street, are available on supermarket shelves over the winter.

The Swiss group also makes the likes of Aero, Smarties and Lion in the confectionery category.

CEO Mark Schneider told the broadcaster: “Like other businesses, we are seeing some labour shortages and some transportation issues but it’s our UK team’s top priority to work constructively with retailers to supply them.”

When asked whether he could guarantee Quality Street would be in the shops this Christmas he added: “We are working hard.”

It is the latest company in the sector to be hit by the myriad problems in the supply chain, including a widespread shortage of HGV drivers, a general shortage of labour and delays to global shipping.

Yesterday, The Grocer reported that farmers had been forced to start culling healthy pigs backlogged on farms as the meat industry struggles with the labour crisis.

The dairy sector has also been hit as the lack of lorry drivers led to farmers pouring thousands of litres of milk away.

Last month, executives at Tesco Tesco executives alerted the government of worries that panic-buying in the run-up to Christmas could potentially be ‘far worse’ than during the early stages of the Covid pandemic.

Supermarkets such as Aldi and Iceland have already seen a big uptick in demand for frozen turkey crowns and other Christmas items.

Elsewhere, it was a quiet morning on the markets with no company updates.

The FTSE 100 bounced back from yesterday’s declines to rise 1% to 7,063pts in the early going.

Tesco escaped the negative sentiment to continue a good week for the supermarket. Shares soared 5.9% to 267.9p after the group lifted its profit expectation on the back of rising first-half sales.

Rival Sainsbury’s slipped back 2.9% to 290.7p as investors took a profit from big gains earlier in the week. Speculation is swirling around the supermarket with Fortress touted as a potential buyer after being beaten in the Morrisons auction. 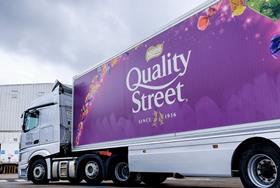