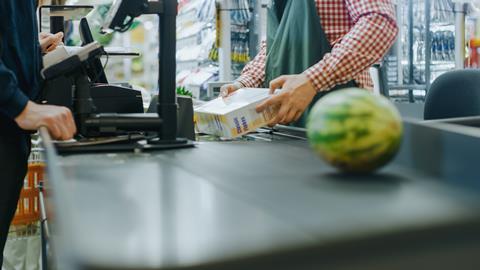 Year on year sales growth fell back in August as pent-up post-lockdown demand softened, according to the monthly BRC-KPMG Retail Sales Monitor.

Total retail sales increased by 3% in August, against a growth of 3.9% in the same month last year.

On a two-year basis, Total retail sales grew 8.9% during August compared with the same month in 2019.

Over the three months to August, in-store sales of non-food items grew 23.7% on a total basis, which was slightly above the 12-month average growth of 21.7%.

Over the same three month period food sales increased 2.9% on a total basis by 1.9% on a like-for-like basis – below the 12-month Total average growth of 5.4%. However, for the month of August, food was in growth year-on-year.

Retailers in general reported a strong performance in Clothing, with increasing demand for formalwear, driven by the return to office working and social events.

Online Non-Food sales decreased by 4.6% in August, with online penetration rate decreasing to 38.3% this August from 42.0% in the same month last year.

BRC CEO Helen Dickinson commented: “As post-lockdown pent-up demand has softened, the growth in retail sales we have seen over the past few months slowed for August. Nonetheless, we still saw growth above pre-pandemic levels, as people returned to stores in greater numbers.

“With a precarious economic backdrop and retailers grappling with higher costs across the supply chain, the Government needs to deliver on its promise to reduce the burden of business rates that are holding back investment in recovery from the pandemic. If not, we will see the number of shuttered stores continue to rise and more jobs lost. This will seriously impact communities right across the country, and those already most economically deprived will be hit the hardest, putting the levelling up agenda in jeopardy.”

Don Williams, retail partner at KPMG, added: “Much like the summer weather retail performance in August was mixed. Sales growth on the high street continued to slow, with footfall still below pre-pandemic levels and online sales took a retreat from the highs of last year, whilst some discretionary non-food categories continued their recovery.

“With the retail recovery showing signs of slowing, the sector is expected to grow at a more muted rate as retailers face increasing challenges on a number of fronts. Inflation is expected to accelerate putting pressure on household spending, whilst retailers battle for share of wallet as consumers spend money on leisure, entertainment and travel.

“Staffing pressures remain and supply chain issues are being widely reported, with raw material shortages and challenges getting product into the UK and getting goods into customers‘ hands. This may feed into limited availability of certain products and the spectre of price rises remains.

“Retailers will be pinning their hopes on a more predictable normal with white collar workers returning to city centres in greater numbers from this month and a buoyant Christmas fuelled by some of the savings that consumers have made over the last 18 months of lockdown and restricted spending. Nonetheless, successful retailers will have to work very hard to ensure the right availability of the right product to satisfy the requirements of an ever more demanding customer.”

IGD CEO Susan Barratt commenting on food sales said: “Food and drink sales in August were broadly flat on 2020’s performance, with some spending switching from retail back into the out-of-home sector. Despite sales being limited by the dull weather, they were supported by staycations and the late summer Bank Holiday, which helped sales show a small amount of growth.

“IGD’s Shopper Confidence Index remained strong, continuing to hit one of the highest levels in the last five years. However, concern around inflation continues, with IGD’s ShopperVista revealing that 79% of shoppers expect food and grocery prices to get more expensive in the year ahead, up from 75% in July.”

Private label household goods manufacturer McColl’s has reported a drop in full year revenues and profits after a sharp slowdown in demand in the second half of its financial year.

Overall revenues for the year to 30 June were down 4% to £682.3m after growth of 1.7% in the first half was pulled back by a 9.5% sales drop in the second half due to ‘Covid-inflated’ second half comparators in the previous financial year.

McColl’s said it had seen destocking at retailers and by consumers which has impacted order volumes.

Laundry demand did not recover at any time in the period to pre pandemic levels and was 14% lower over the year. Volumes of cleaning products slowed, having been 11% higher in the first six months, revenues in the second half were 11% lower. Dishwashing product revenues ended 6% higher across the year, but growth in the second half slowed to 1%, having been up 11% in the first half.

Second half adjusted operating profits were £11.6m lower against a strong comparative last year, as a result of the weaker demand and significant increases to input costs.

McBride said the size of cost increases in materials including plastics, cardboard and surfactants is “unprecedented” and is coupled with challenges with freight availability and costs adding further inflationary pressures.

Compared to one year ago, cardboard is priced more than 50% higher, ethylene is 50% up impacting on plastics and surfactants and certain solvents over 300% higher.

On average, the group expects to see the peak of these raw materials in the autumn this year with the most impacted division, liquids, seeing raw materials nearly 20% higher than one year ago.

It stated: “The whole industry is affected, whether branded or private label and the size of the increases has warranted urgent pricing conversations with retailers alongside many branders publicly warning of price rises for their products.

“At the end of the financial year, these input cost rises have ultimately sealed the fate of two sizeable German competitors who have filed for insolvency.”

CEO Chris Smith commented: “This year has been one of two halves, with a strong first half followed by a more difficult second. In our recent trading update we highlighted the supply side cost inflation being felt due to rapidly increasing raw material costs and freight capacity. The £10m of savings expected in the current financial year leave us well placed to meet these challenges and our efforts to recoup input cost rises from customers continue.

“Our balance sheet remains robust and we expect current market conditions to create opportunities for selected in-fill acquisitions at attractive valuations. We continue to anticipate a weak first half year, especially when compared to our strong first half last year, with profits therefore heavily weighted to the second half of the year.”

Elsewhere, baby boomer meal delivery company Parsley Box has continued its rapid growth in the first half of the year, though losses rose as it funds expansion.

In the six months to June it saw sales rise 26% year-on-year to £14m, driven by a 77% increase in active customers.

It saw 38% growth in repeat orders and 8% increase in average order value, boosted by a £1.2m TV ad campaign and an expansion of its range.

However, this investment led to an EBITDA loss before exceptional items of £3.6m, up from a loss of £873m last year.

Kevin Dorren, CEO of Parsley Box, commented: “This has been a highly rewarding period for the company, Parsley Box has achieved a great deal since our IPO in March 2021. The business is well capitalised and is using the opportunity to invest in new customers, product innovation and broadening our team as outlined in the run up to IPO.

“We have been successful in strengthening our team in the critical areas of innovation and IT positioning us well to deliver our goals in 2021 and beyond.

“The initial results of the investment in product innovation have been encouraging with  the trial of chilled ready meals delivering an increase in customer basket size and lower new customer recruitment costs compared to our purely ambient offering.

“The focus remains to deliver long term growth within the UK to achieve a sustainable, profitable business and a recognised brand for the Baby Boomer+ demographic.”

Listed CBD supplier Love Hemp Group has announced it has signed a distribution partnership for Asia with eCargo Holdings.

Love Hemp’s initial launch into the region will be anchored around both online and offline presences in Hong Kong and South East Asia retail channels, before expanding into India and Japan later, through strategic partnerships with eCommerce marketplaces such as Flipkart and Rakuten in 2022.

CEO Tony Calamita commented: “This partnership is a significant step forward in our global growth strategy. The global CBD market is forecast to exceed US$20bn by 2024, a 614% increase from today’s valuation, with Asia representing a sizeable part of this market as regulations continue to adapt. Working with eCargo, an established eCommerce and offline sales enabler, allows us to effectively penetrate these Asian markets and quickly position Love Hemp as a trusted, high-quality brand, as it is known in the UK.”

Lawrence Lun, CEO of eCargo added: “I’m glad to welcome Love Hemp Group into our brand portfolio and assist them on the next step of their global growth by leveraging our Asia Pacific network. Love Hemp’s brand reputation and product quality speaks for itself, and we look forward to a long and successful working relationship helping them expand throughout Asian markets.”

Risers included McBride, up 2.4% to 78.4p ahead of its annual results this morning. 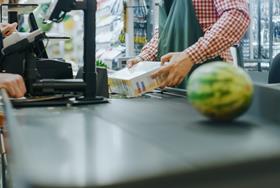