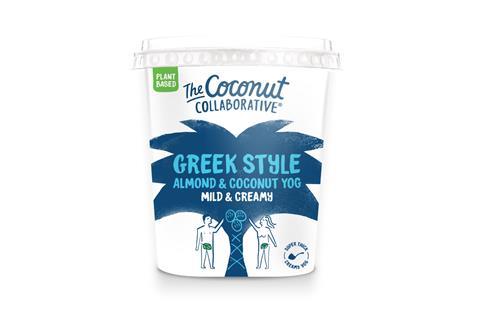 Plant-based brand The Coconut Collaborative has entered the Greek-style market with its first blended-base yoghurt alternative.

The dairy and gluten-free product will hit Sainsbury’s stores from 8 September (rsp: £2.50/350g).

Combining its usual coconut base with almond in a bid to add to the SKU’s health credentials, the NPD was said by the brand to offer a mild flavour profile which could be used as part of a breakfast or as an ingredient for recipes, such as soups or salad dressings.

The Coconut Collaborative also claimed it contained a similar amount of protein to dairy Greek-style yoghurts, weighing in at 4.3g of protein per 100g, and said the product contained live cultures.

“We decided to add almonds to the base of our yoghurt to really help deliver the same protein levels we see in dairy. We’re firm believers that being plant-based shouldn’t come with compromise – not on taste and certainly not on health,” explained a spokeswoman for the brand.

The move appears to echo The Collective’s launch of its first plant-based range earlier this year, which pioneered a blended base. 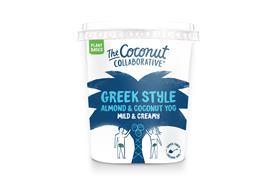