BrewDog teams up with Rude Health for almond milk-inspired stout 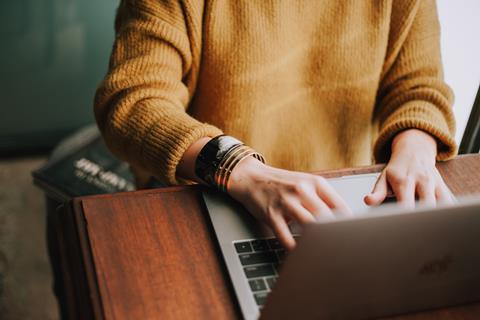 Fresh food’s share of online grocery sales lags its share of store sales by nearly 10%, according to new data shared with The Grocer by NielsenIQ.

The category makes up 34.9% of total online grocery sales – according to NielsenIQ’s Ecommerce Benchmark – compared with its 43% share of in-store sales.

The figures indicate a residual aversion to buying fresh produce online, despite huge growth in online’s share of total grocery sales since the start of the pandemic, now standing at 13% – down from a peak of 15.4% on February, according to Kantar,

“The main reason stopping consumers from buying groceries online is the lack of trust in the quality of the products they get from the online grocers,” said Alister French, retail partner at Oliver Wyman.

An April Oliver Wyman survey of 1,500 Brits found 82% of those not shopping online say they prefer to test and see products before buying them, with 62% explicitly stating they fear they will not be given the best quality products and “this comes far before cost” French said.

“Fresh is now a third of the basket. Historically shoppers had barriers to buying fresh online, but it’s now clear the British shopper is more confident buying it online,” said Watkins.

The category overall has grown by 44% to £9.7bn in the year ending mid-September, compared to the previous year, according to the benchmark drawn from supermarket EPoS sales data and shopper panels.

Fresh ready meals, prepared salads and fish saw the biggest year-on-year growth in sales within the fresh category, each growing by 60% or more.

While fresh makes up less of total online sales – worth nearly £28bn, according to the benchmark – compared with total store sales, other categories perform better on the channel, with online baskets weighted more towards household, petfood, beauty and frozen.

Online sales across all categories increased on the previous year, but impulse grew the most at 45%, with fresh and beer, wine and spirits growing by 44%.

The biggest increases in impulse came from sports and energy drinks (65%) and flavoured carbonates (61%). In BWS the biggest growers were stout (90%) and champagne (83%).

Despite the differences in the category make-up of online and store sales, the data’s clearest signal was that people are buying much the same groceries regardless of channel, said Watkins.

“We have shifted our spend from store to online and we’re buying the same stuff,” he said.

The pandemic has sparked “a transfer of sales” he added, and consumers moving from “big stores to online” expected to be “one of the lasting impacts”.

The sales data in NielsenIQ’s Ecommerce Benchmark is drawn from the EPoS records of retailers including Asda, Boots, Co-op, Iceland, Morrisons, Ocado, Sainsbury’s, Superdrug, Tesco, Waitrose and Wilko. The benchmark has been enabled by NielsenIQ’s recent acquisitions of Data Impact and Rakuten Intelligence, giving the company a “harmonised, granular, and consistent view across channels”.

“We know 70% of grocery shoppers are now omnichannel, which is why the recent acquisitions will build and extend this fmcg e-commerce benchmark and give the industry a deeper understanding of the digital shopper journey,” Watkins said 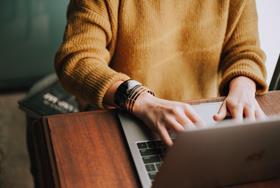