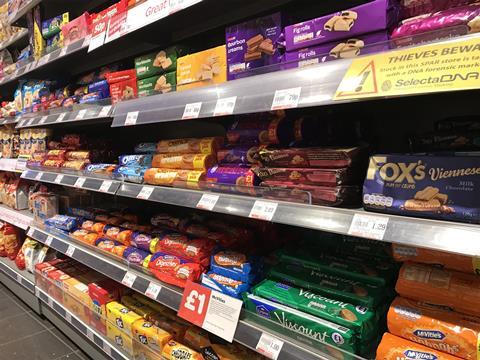 2 Sisters Food Group is exploring the closure of its own-label biscuit factory in the Midlands as cost pressures facing the food industry intensify, putting more than 500 jobs at risk.

It comes as 2 Sisters, owned by Ranjit Singh Boparan, continues a transformation programme to turnaround the fortunes of the group by focusing on the core poultry and ready meals divisions.

The site in Uttoxeter – known as Elkes Biscuits – was part of Fox’s Biscuits but was not included in the £246m acquisition by Ferrero in October last year, with the two other factories in Lancashire and Yorkshire responsible for the branded side of the business.

A spokesman for 2 Sisters confirmed today that since the sale to the Italian confectionery giant, it had been reviewing all options for the Elkes business, including turnaround opportunities and a potential sale.

“The Uttoxeter site is significantly loss making and we have been unable to reverse this situation in the face of strong competitive pressure and cost inflation, nor have we been able to secure a viable offer for the business,” he added.

“We now believe the site is no longer commercially viable.”

A consultation with the 528 staff at Uttoxeter is now underway and runs until March 2022.

The union Unite criticised the decision by 2 Sisters and called for potential buyers to step forward to save the factory.

Unite regional officer Rick Coyle said the possible closure would be “a catastrophe” for the employees and the wider regional economy.

“It is Uttoxeter’s biggest employer so the knock-on impact on the shops and hospitality outlets that rely on the spending power of the workforce would be substantial,” he added.

“However, we know that Elkes Biscuits has a wide range of biscuits that are very popular with consumers, and this is underpinned by a dedicated and hardworking workforce. All these factors make it an attractive proposition to another company wishing to buy the site.”

Elkes Biscuits has a long history dating back to the early 20th century and is credited with creating the malted milk biscuit in the 1920s. In 1986, it was acquired by Fox’s, which was owned by Northern Foods at the time, with Elkes repositioned as a budget offering.

The business was formally brought under the Fox’s banner in 2003 before 2 Sisters took over Northern Foods in 2011 for £342m.

2 Sisters is also currently trying to off-load other core assets it picked up in the Northern Foods deal as part of its ongoing transformation.

The group offloaded the majority of the Northern assets in 2018 as part of a turnaround effort following years of losses and a food safety scandal in 2017.

Goodfella’s was the first brand to go, with Birds Eye owner Nomad Foods taking ownership of the pizza supplier, followed by Matthew Walker to Valeo in 2019 and Fox’s to Ferrero in a £246m deal late last year.

2 Sisters also sold its red meat division to Kepak Group in 2018 and the Manton Wood sandwich business to Samworth in 2019. 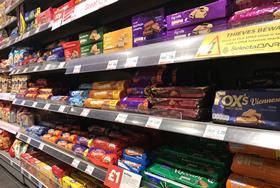