Veg Power: More needs to be done to promote seasonal veg to shoppers 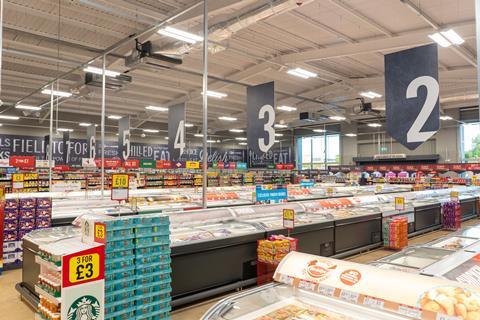 Iceland has opened its 150th branch of The Food Warehouse and revealed a new ambition of 200 by 2024.

The 150th Food Warehouse opened in Oxford Retail Park last week, creating 30 jobs in the area. It is the 50th opening of Iceland’s larger-footprint store format since 2019, despite the delays to construction work and material shortages which have held back some other retailers store opening plans during the pandemic.

“Opening 150 stores is a fantastic achievement for us, especially during such unpredictable times within the industry,” said Kristian Barrett, operations director of The Food Warehouse.

“We’re proud to have provided 4,430 jobs across the country and it’s our focus to continue growing, providing great brands at unbeatable prices.”

Iceland launched The Food Warehouse format in 2014. The stores are typically about 15,000 sq ft, compared with the 5,000 sq ft of a core Iceland store. They also have a larger range than core Iceland stores, including all the retailer’s exclusive brands and bigger pack sizes aimed at hospitality business.

Commenting on the latest opening, Iceland MD Richard Walker said: “I’d like to say a massive thank you to everybody involved, from central services to supply chains and beyond. A store opening is no mean feat, and you all pulled together to make our 150th a great one.

Latest accounts at Companies House revealed The Food Warehouse to have been the focus of Iceland’s estate growth, with 20 stores opened in the year to 26 March 2021. Iceland’s core estate shrunk by five stores to 854 in the same period, with three opened, seven closed and one converted to become Iceland’s first ‘Swift’ convenience store. 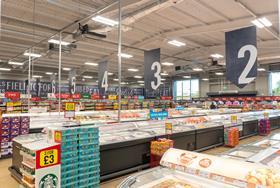