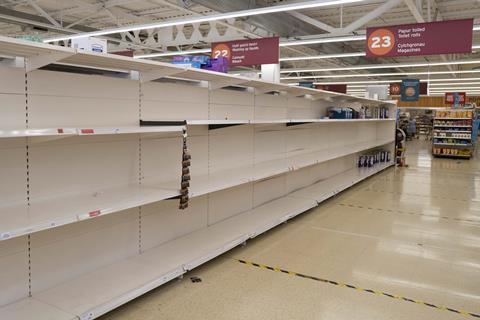 More than half of all current vacancies in the UK are in sectors related to the food and drink industry.

A new report commissioned by the NFU, working with 11 other major trade bodies, estimates there are over half a million posts that need to be filled across farming, food production and distribution, as well as retail and hospitality.

Industry leaders are hoping the report will convince the government to introduce a 12-month ‘Covid-19 Recovery’ visa, which would enable EU citizens to work in the UK and plug vital gaps in the supply chain.

So far the government has turned a deaf ear to pleas for HGV drivers and other key food sector workers to be added to its skills shortage occupation list.

However, the clamour for the government to take action has grown this week with supermarket and supplier bosses claiming urgent measures are needed to tackle widespread food shortages as well as issuing warnings that, should the situation continue, it will severely impact Christmas trading.

The Grocer understands the report was being shared with ministers across key departments on Friday, with a view to meeting government for further talks next week.

The results of the survey showed there was a vacancy rate of 13% across the 73 businesses that took part. This information was extrapolated up to a national level by applying this rate to the 4.1 million people employed in food and drink sector, which equates to just over 500,000 vacancies.

Figures released earlier this month by the Office for National Statistics found there were 953,000 vacancies in the UK over the past three months.

“Urgent action is now required to try and tackle these issues head on to ensure continuity of the UK’s food production,” read the report. “Failure to act at this crucial time would have serious implications for the sector’s sustainability, UK food security and the country’s future food supply.”

The trade bodies said temporary visas would allow the sector to “significantly reduce” the labour shortages.

It was also suggested the visa would allow time to review the impact of ending free movement as well as introducing a range of measures to encourage recruitment within the UK.

“These stark figures show the extent of the labour crisis the entire food supply chain is facing and it reflects what we have been hearing from our farmer and grower members for years,” said NFU vice president Tom Bradshaw.

“Food and farming businesses have worked hard over the past 18 months to ensure that supermarket shelves remain stocked, but many are now reaching a point where the ongoing labour shortages are becoming untenable. Businesses have tried to solve this situation themselves through extensive domestic recruitment efforts, but with limited impact.” 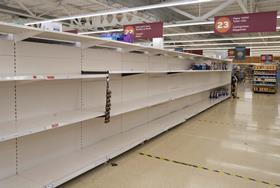