City Snapshot: Heck in search for new investment partner to fuel next stage of growth 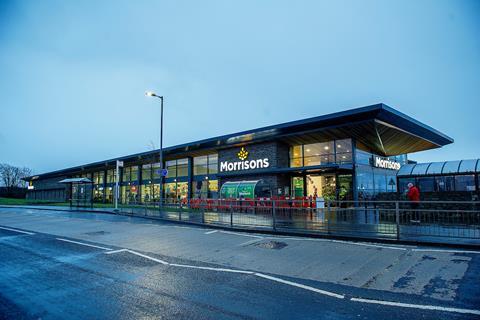 The American private equity firm that first put Wm Morrison in play is gearing up to trump a rival £6.7 billion offer for the British supermarket chain this week and to persuade its target’s board to change its recommendation. (The Times £)

Talks to get the US investment giant Apollo on board to finance a bid to buy Morrisons have cooled after a shock increase in the offer price earlier this month. New York-based Apollo had been lined up to join a takeover consortium led by the private equity firm Fortress. (The Daily Mail)

Concerns are mounting that, if Fortress prevails, it will strip Morrisons’ assets to boost returns. Fortress said that it did not anticipate material store “sale and leasebacks”, major UK companies has left some doubting its intentions. (The Times £)

UK sandwich chain Pret A Manger is planning to launch roughly 100 franchises outside London and other big UK cities, as part of efforts to cope with the shrinking of its office-working customer base (The Financial Times £). Pret A Manger is drawing up plans to open 100 new shops nationwide with franchisees, creating up to 2,000 jobs (The Times £). Pret a Manger is plotting to expand outside London and other big city centres as large numbers of office workers continue to work from home, with plans to open 100 franchised shops, plus about 100 of its own outlets (The Guardian).

Retail veteran Ian McLeod has emerged as a leading candidate to return to Asda as the supermarket chain’s chief executive as new owners, the Issa brothers, look abroad to fill the vacant post. (The Times £)

Amazon is adding own-brand groceries to its UK website to bolster its online offering, as the retail titan steps up its assault on British supermarkets. (The Telegraph)

One of the world’s biggest suppliers of food ingredients is planning to list on the London Stock Exchange, a move that could send it into the FTSE 100 (The Times £). London’s public markets remain red hot after a multi-billion-pound food business said it will list in the capital (The Daily Mail)

The coalition of public health bodies and experts campaigning to halt the £1 billion takeover of Vectura by Philip Morris International are in a race with one of the world’s biggest tobacco companies to win over the respiratory drugs company’s shareholders. (The Times £)

Oliver Shah in The Times writes: “Two things stand out about the Vectura saga. The first is the way charities and campaign groups without any financial skin in the game feel they can dictate outcomes to boards. The second is if you block a deal like PMI/Vectura because you feel squeamish about it, you’re telling Big Tobacco not to bother with serious moves into healthcare.” (The Times £)

“Investors might take the view that despite the bizarre ethical situation, Vectura will help Philip Morris withdraw from its nasty addiction,” writes Maggie Pagano in The Mail. “Like big oil, the tobacco giants have the capital to invest in new and healthier areas. It’s also good business, as these companies know that regulations can only get stricter and they will have to find new areas of growth or wither away.” (The Daily Mail)

Zooplus, the German online pet supplies retailer, has agreed a €3bn takeover by US investor Hellman & Friedman in the latest move by a private equity group to cash in on fast-growing animal care spending by pet-loving consumers. (The Financial Times £)

Private equity has on occasion been put in the doghouse over its penchant for snapping up undervalued assets and piling on debt. Not so Hellman & Friedman. The global firm is buying Zooplus, a European pet care ecommerce group whose share price has almost doubled in the past 12 months. (The Financial Times £)

Oatly, which recently lost a high- profile trademark infringement claim against Glebe Farm, a UK family business, has opposed attempts by Skinny Food Co, a company based in Nottingham that makes low-calorie syrups and sauces, to trademark the term “Skinny Barista”. (The Times £)

More deals on the menu for takeaway apps – a food fight is breaking out in the delivery sector as race for market share fuels a flurry of mergers. (The Telegraph)

Retailers and shipping chiefs are scrambling to avoid a Christmas goods crisis after a Covid outbreak at the world’s third-biggest cargo port intensified pressure on crumbling global supply chains (The Telegraph). Seasoned figures in the toy industry have said that consumers will face higher prices and greater scarcity on the shelves this Christmas as a result of a “perfect storm” of economic pressures that have disrupted their plans (The Guardian)

Restaurant owners have sounded the alarm over worsening staff shortages that could result in higher prices for customers as they are forced to increase wages to compete for chefs and waiters (The Times £).

The founder of Pret a Manger has warned that restaurant prices are set to rise by more than a fifth because of the soaring cost of staff. (The Daily Mail)

Can hospitality’s recruitment crisis ever be fixed, asks The Guardian? Brexit and Covid have exacerbated a problem that has been building for years. But some restaurants are trying to attract and keep staff by changing the culture of the industry. (The Guardian)

Animal welfare campaigners have staged protests at more than a dozen Morrisons supermarkets across the country. The demonstrations were led by one of the retailer’s own employees, who claims he is facing disciplinary action after highlighting allegations about the chickens it sells. (Sky News) 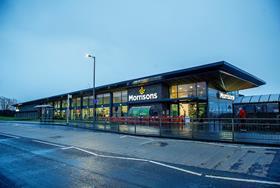