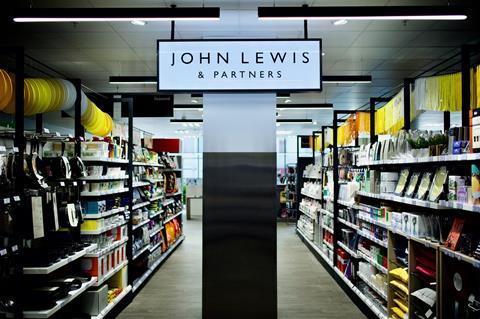 The owner of John Lewis and Waitrose slashed losses to £29m in the first half of its financial year after it cut costs and benefited from business rates relief, but warned it faced “significant uncertainty” about trading over Christmas (The Guardian). Strong online sales and lower Covid-19 costs helped the John Lewis Partnership to reduce its losses, although the retailer is still in the red after incurring almost £100m of charges linked to laying off thousands of its staff and closing shops (The Times £). The John Lewis Partnership has narrowed its half-year losses after sales surged past pre-pandemic levels (The Daily Mail).

The owner of John Lewis and Waitrose has said it has chartered extra ships to help navigate the distribution disruption being seen across the industry in the run up to the crucial Christmas season. (Sky News). John Lewis is chartering a fleet of extra ships, along with a number of other businesses, to make sure it has Christmas stock on time (The BBC).

UK retailer John Lewis has said it could pay its 78,000 staff a bonus this year after a better than expected recovery in profits at its department stores (The Financial Times £).

Dame Sharon White, John Lewis’s chairwoman, will be breathing a sigh of relief that the national treasure has not withered on her watch. She has, however, doled out bitter medicine to cope with the double whammy of three national lockdowns and the inexorable pressure on high street shops from online competition. (The Times £)

John Lewis has survived a near-death experience – White can breathe a sigh of relief for now, but the retailer still has £2.1bn of debt and a £600m pension deficit to resolve. (The Telegraph)

John Lewis looks to flats and financial services for its post-retail future. Employee-owned retailer aims to substantially increase the profits it makes from selling insurance and building rental homes on its property. (The Telegraph).

Tobacco company Philip Morris International has taken control of the UK-based inhaler company Vectura after winning over enough of its shareholders, despite concerns from health charities about the cigarette maker’s ownership of a medical devices business (The Financial Times £). The boss of Philip Morris International has appealed to employees of Vectura to give the tobacco company time to assuage their concerns after sealing its contentious £1 billion takeover of the respiratory drugs company (The Times £). Philip Morris has sealed a controversial £1billion buyout of asthma inhaler maker Vectura despite a furious backlash from health experts (The Daily Mail, The BBC). PMI says the takeover is part of its “beyond nicotine” strategy and aim to become a “wellness” company – but critics fear it could see big tobacco wielding influence over UK health policy (Sky News).

The Co-op has struck a deal to sell its groceries through Amazon and plans to double online sales to £200 million by the end of the year (The Times £). Co-op customers will soon be able to order their shopping from Amazon’s website (The Daily Mail).

Ecommerce group THG has said it will list its beauty division separately in 2022, and could also pursue stock market listings for its other main businesses in nutrition, and technology and logistics (The Financial Times £). One year on since its £4.5 billion London flotation The Hut Group has unveiled plans to spin off its beauty arm and said it could pursue separate listings of its other divisions (The Times £). The online retailer, which only ventured onto the public markets itself last year in a £5.4billion float, could be worth more if broken up into its individual components, bosses think (The Daily Mail).

The breathless pace of deal-making might be baffling THG shareholders, writes Nils Pratley in the Guardian. Even before THG Beauty has been spun off, the group is considering the same for its fitness and nutrition division. So there could be three separately listed THG businesses, one of which (Ingenuity) would sell services to the other two. (The Guardian).

Soaring gas prices have forced the closure of two large UK fertiliser plants, sparking warnings of a looming shortage of ammonium nitrate that could hit food supplies as record energy prices start to reverberate through the global economy (The Financial Times £). An American firm has revealed a halt to production at two UK factories because of the surge in the cost of gas, a scenario threatening a wider impact across the economy in the months to come (Sky News).

The UK is set to pass an environment bill that will allow products linked to deforestation in food supply chains, dismaying both leading food companies and retailers as well as green groups. (The Financial Times £)

One in three Britons drink plant-based milk, according to a report that suggests they have become a mainstream choice for consumers. (The Guardian)

Lord Sebastian Coe, the president of World Athletics, has been appointed to the board of the Czech lottery operator Sazka as it strengthens its UK ties ahead of a final decision on its National Lottery bid. (The Financial Times £) 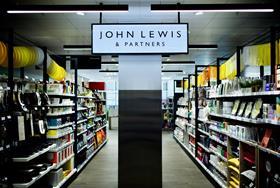