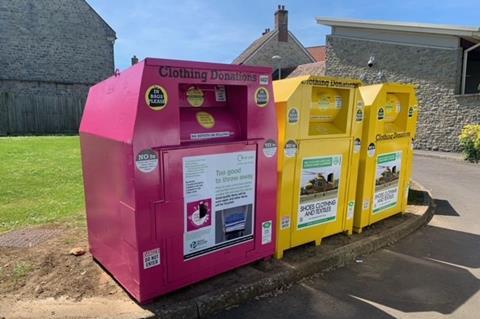 It has been designed to help put communities’ unwanted clothes to better use, reduce their environmental impact and increase stores’ MADL funds.

Its charity partner Nathan’s Wastesavers handles the maintenance of the clothing banks, including installing, servicing, and emptying them. They are also available free of charge to retailers.

Once clothing banks have been weighed and emptied on site, a certain amount is paid per tonne of material collected, which is credited to the Nisa store’s MADL fund. This is then donated to a local good cause of the store’s choosing.

Nisa retailer Dike & Son in Stalbridge, Dorset, was one of the first stores to trial a MADL clothing bank. It launched a competition that offered customers the chance to win a £100 donation from its MADL fund to a good cause of the winner’s choice by guessing what clothing item was the first to be donated.

Donations over the first couple of weeks generated £42 for the store’s MADL fund.

“As a company that’s been around for over 170 years, we are all about community and sustainability,” said Dike & Son company director Adam Vincent.

“So the fact that local good causes can be supported through people helping the environment by recycling their old clothes is just win-win.

“It’s fab to see old clothes being turned into money to give to local groups and ultimately not just go to landfill.” 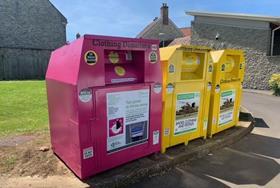