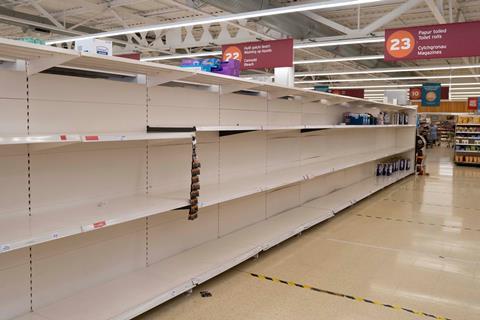 Over half of Britons have experienced food shortages in their local supermarkets or shops over the past few weeks, a YouGov survey has revealed.

The poll showed that 56% of shoppers had experienced food shortages, while 39% had not and 5% said they did not know.

The issue was most prevalent in Scotland (67%), but over half of the respondents (57%) in the south of England also saw shortages.

Around 55% in the Midlands/Wales experienced stock availability issues at their local shops, while that number rose to 56% in the north.

Londoners were the least likely to have seen food shortages – at 46%.

The poll encompassed just over 3,560 adults. Of those who said they had seen shortages, the majority were 50 years old and over.

The UK’s food industry has been battling a supply chain crisis that has hit everyone from major retailers to fast food restaurants and pubs.

The Grocer recently revealed that the food and drink industry is stuggling to cope as it has around 500,000 vacancies. However, the govermment this week firmly rejected calls for a temporary 12-month Covid recovery visa scheme, which the indsutry feels would alievate the crisis. 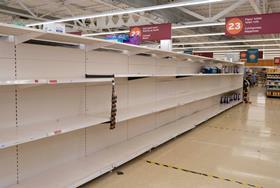