In The Buff secures deal with Ocado to sell protein ketchups 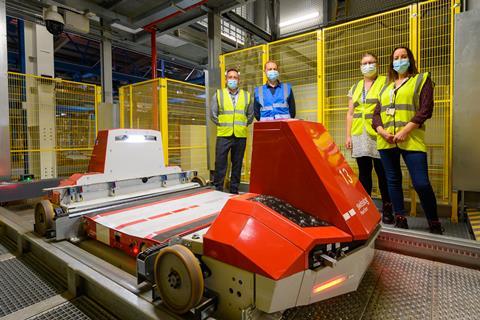 PepsiCo has completed a £14m upgrade of its Leicester distribution centre.

The fmcg giant has built an entirely new building with “state-of-the-art” technology and equipment, which would allow the distribution centre – the national distribution hub for Walkers crisps – to “better meet the growing consumer demand” for the brand, it said.

PepsiCo previously relied on overspill sites that required crisps to be stored and transported to other locations.

Streamlining all its operations into one site would remove 600,000 kilometres in transportation for its supply chain, said PepsiCo – the equivalent of travelling around the world 15 times – with annual savings of over 400 metric tonnes of C02.

Automated technology had been installed “to retrieve and move pallets of stock more efficiently”, it added, replacing cranes, which were previously used to carry two pallets of product across an aisle.

They were replaced with 18 shuttle cars across nine levels, which could collect, store and assemble stock “with cars able to operate at the same time to make this process quicker and more efficient”.

The opening of the new building was “set to dramatically change our logistics operation”, said PepsiCo. “It will create more efficiencies, more capacity and importantly also take miles off the road so we can reduce our carbon footprint,” said the distribution centre’s site lead Andy Smethurst.

It’s the latest in a series of sustainability moves from PepsiCo, which earlier in September unveiled Pep+, a transformation plan for the coming years to ramp up its sustainability credentials, with initiatives such as scaling up regenerative farming practices, achieving net zero emissions by 2040 and reducing sugar across its portfolio of products. 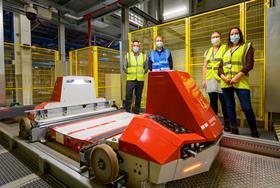