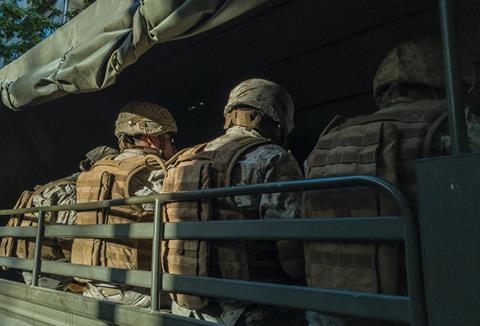 Haulier associations and distributors have slammed the government’s reported intention to scramble army drivers as a solution to the HGV driver crisis.

According to research by the Road Haulage Association there are only 1,931 army drivers that hold the correct licences and certifications to drive heavy goods vehicles. “Some of these are in the Territorial Army so will already have full-time jobs,” the RHA said.

The Sun on Sunday reported the government had put the Royal Logistic Corps and other corps on a five-day notice to help distribute food and other essential supplies.

Such a move – which the government has denied has been suggested – would be “another sticking plaster” the association said. The RHA has estimated there is a 100,000-strong shortage of HGV drivers across the UK.

In June, the Federation of Wholesale Distributors urged the government to consider having the army on stand-by to help deliver food.

“Although no official announcement has been made, it appears that ministers are considering it and it’s been leaked to see what the public reaction is,” said FWD CEO James Bielby. “It’s very much the last resort and we hope that far more obvious and effective solutions are also being considered.”

Cold Chain Federation CEO Shane Brennan told The Grocer it was “hard to see how it would work in practice”. Not only are there not enough suitable drivers in the army, “I could foresee major challenges and bad feeling being created over where and for who this resource is deployed,” he said.

The United Road Transport Union added that “calling in the army will not sort out the problem”.

Late last week the government announced that the temporary relaxation of drivers’ hours that was due to end on Sunday was being extended to October.

The initial relaxation began in June in a bid to ease the crippling HGV driver shortage in the UK. It means HGV drivers will be legally allowed to drive for an additional hour per day, taking daily total permissible driving hours to 10 hours. It will also allow drivers to undertake two 11-hour shifts per week.

Hauliers said the relaxation was a temporary fix. “It won’t stop the pressure on distributors mounting when schools return in September and the Christmas season in retail and hospitality begins in November,” said Bielby. “Nothing that’s been put forward so far is going to prevent food shortages getting worse over the rest of the year.”

It could even be counterproductive, the RHA said. “Not only are you threatening driver safety, but one of the issues we have as a sector is the long hours that drivers are already expected to work. We need to attract more people and we won’t do that whilst government thinks that the answer to the driver shortage is to make drivers work longer hours.”

Several groups said the fix could have been avoided altogether if the government had, as the URTU put it, “understood and acted”.

The RHA and FWD said the government should permit easier access to drivers from the European Union through a temporary visa programme similar to the one used by seasonal agricultural workers, and by adding them to the Home Office Shortage Occupation List.

In the longer term, more funding for HGV driver training was required, the RHA said. Bielby added that “a thorough overhaul of pay and conditions and the standing of professional HGV drivers, alongside a concerted recruitment drive, are going to be needed before we see numbers recover”.

Retailers are responding to the driver shortage with perks for new recruits. Tesco last month began offering a £1,000 signing-on fee for HGV drivers who join the company before the end of September. Last week the John Lewis Partnership said it was to start paying LGV drivers up to an additional £5,000 a year. In addition, the group will offer a £1,000 sign-on bonus to new LGV drivers joining the business before November this year. Meanwhile, M&S’s logistics partner Gist is offering a £2,000 sign-on bonus to new HGV drivers.

The driver shortage is also seeing hauliers pressure retailers into making deliveries to them more straightforward. Some are “boycotting” Lidl after the retailer refused to adapt its delivery process.

The crisis has also impacted the distribution of milk, crisps and bottled water. 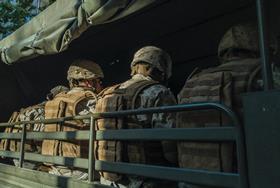