Budget 2021: alcohol duty system to be given ‘radical’ shake-up 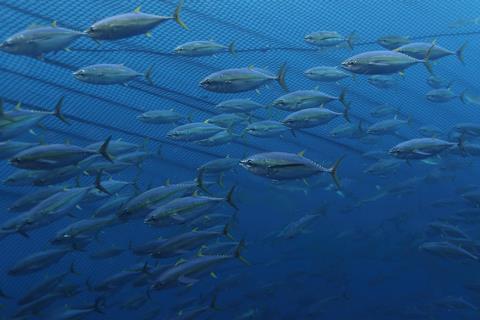 Canned food giant Princes has reduced the amount of Indian Ocean yellowfin tuna it sources by 51% on 2017 levels, a year ahead of its 50% deadline by 2022.

The drop represents the equivalent of 70 million cans a year, in the face of mounting concerns of an impending crash in stocks due to overfishing. Princes is now forecasting its 2021 sourcing from the fishery will be approximately 16,141 tonnes of yellowfin, compared with its 2017 base figure of 32,768 tonnes.

However, the business admitted it faced “an uphill battle to maintain the 50% reduction into 2022, as the pandemic created an unusual set of circumstances that helped it to achieve its goal a year ahead of its target”.

Princes would need to “flex our tuna sourcing as part of our multi-ocean strategy to ensure we can maintain the 50% Indian Ocean yellowfin reduction next year”, said its group director for fish Neil Bohannon.

“Putting sustainability first is always a huge challenge – it takes commitment, action and a huge amount of hard work,” he added. “We are not going to shy away from these challenges, and we would call on all our industry partners to have the same mindset.”

The supplier announced its move last October, following similar commitments by Tesco, the Co-op and M&S, “to make it clear” to the Indian Ocean Tuna Commission (IOTC), its member states, fisheries and vessels “that action and leadership is required in order to protect the long-term sustainability of yellowfin tuna stocks”.

This followed warnings that overfishing would lead to a collapse in fish stocks by 2026 after a series of failures by stakeholders to agree on sustainable catching limits. 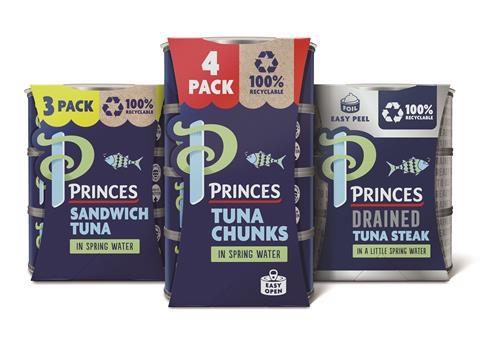 The Global Tuna Alliance, of which Princes is an active member, had also been mounting pressure on the IOTC to urgently adopt a recovery plan for Indian Ocean yellowfin.

An agreement was reached by 25 out of the 30 member states of the IOTC in June to an interim plan to work towards rebuilding stocks by reducing the total allowable catch (TAC) of yellowfin tuna to 401,000 tonnes from the 427,000 tonnes recorded in 2019.

However, Princes said this “still fell short of recommendations needed to rebuild the stocks within two generations”, while the five countries that did not agree to the interim plan would not have to implement the conservation measures.

This would “force the sustainability of Indian Ocean yellowfin tuna back into the danger zone, and compromise the efforts made by the majority of nations willing to follow scientific advice”, it warned.

“We have 4,000 colleagues across our two manufacturing sites in Mauritius, with a wider economic footprint across the local supply chain so a great many jobs are reliant on us,” Bohannon added.

“Sustaining the seafood economy is reliant on long-term sustainable tuna and the IOTC needs to show leadership and take firm action. We will always play our part, but we are only one player is a much wider industry and everyone has to step up.”

“Long-term action is urgently needed on the overfished yellowfin stock, and it is great to see an individual company making such significant strides in exercising their commercial leverage to drive change,” he added.

“What is crucial now is that the IOTC supports these efforts with a formalised and scientifically sound rebuilding plan – this is what the Global Tuna Alliance has been asking of all IOTC delegates. If properly managed there will be enough tuna for everyone – it’s not rocket science; a scientifically led cut in catches now will rebuild the stock.” 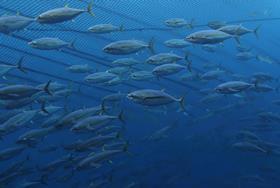